This Canadian’s first novel is drawn from her experience living for two years on the Thailand Burma border. The cage is a fictional Burmese prison where the songbird, a songwriter singer, has been kept in solitary confinement in the teak box for seven years. His father died in prison while a political prisoner and his brother is a freedom fighter near the border. His mother sends him food and supplies, most of which are stolen by the guards. The songbird is reduced to catching and eating the small lizards that live in his cell, hence the name of the novel.

The novel is populated by a psychopathic, stupid guard who endangers everyone with his violence; by a humane guard who helps the songbird when he can and comes to know the songbird’s mother; and by a twelve year old orphan who has lived in the prison since his father, and employee at the prison, was killed by a truck when the boy was seven. Also figuring are other prison characters, the tiger, boss of the criminals, the fat corrupt cook, the huge silent Indian, and various other guards and inmates, and of course Daw Aung San Suu Kyi, Burma’s symbol of democratic freedom. 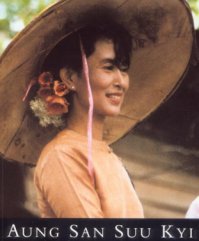 The novel could be compared to the works of Alexander Solzenitzen on life in the Soviet Gulag; dark, soulless godless, places. Connelly’s songbird sees his imprisonment as an opportunity to meditate, fast, and seek enlightenment or Nirvana. The influences of Buddhism are everywhere in this novel as they are in Burmese life in spite of the repressive military dictatorship. The prison has an ancient tree that the inmates have turned into a Buddhist shrine.

The novel centers on a simple pen, originally intended to entrap the songbird and thus extend his prison sentence but instead becomes the mechanism changing the life of the orphan and allowing a poetic account of the cage to be smuggled to the world at large. The novel is well written and captivating.