Dreams from My Father, Barack Obama, 2004

Obama was born in Honolulu in 1961 early in Hawaii’s statehood. His mother’s parents were from Kansas, his grandfather serving WWII in Patton’s army but seeing little actual fighting, his grandmother working in an aircraft manufacturing plant in Wichita. After the war the grandparents moved to Texas then Seattle, then Honolulu where his grandfather worked as a furniture salesman. Obama seems to view them as Midwest conservatives and a bit bigoted but they seem pretty progressive, open, and tolerant. They received no end of teasing from Obama and his mother for voting for Nixon in 1968.

His mother attended the U of Hawaii where she met, fell in love, and married an African student, supposedly the first to attend the U of H. The African, the original Barack Obama, a Luo from Kenya, was already married and with two children. When he was accepted to Harvard graduate school, he left his American wife and son behind.

Obama’ s mother then met, fell in love, and married an Indonesian foreign student probably an East-West Center grantee. In 1967 Obama and his mother accompanied the Indonesian known here only as “Lulu” back to Djakarta. Obama attended a Catholic then a Muslim school. He learned Indonesian.

In 1965 Indonesia saw the overthrow of the Sukarno government to be replaced by the military rule of Suharto. The violence of the overthrow soon erupted in a mass scale slaughter of as many as 500,000 mostly ethnic Chinese living in Java. The excuse was that the Chinese were sympathetic to the Communist government in China but the real reason was the hatred of their success and dominance in business. Lulu was soon drawn into ethical compromises and shady dealings and Obama’s mother worried about Lulu’s influence over Obama. In 1971 she send Obama back to Hawaii to live with his grandparents. 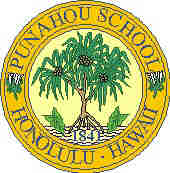 An influential business associate of his grandfather got Obama, age 10, accepted to the prestigious Punahou prep school in Honolulu. At this point Obama’s future was assured. Hawaii is multi-ethnic without any one group having complete dominance; The Japanese are dominant in politics and government bureaucracy; the Chinese in banking and finance whites as the heads of corporations. Punahou reflects this distribution. There were maybe three black students at Punahoe at the time. Obama could have relaxed into his white heritage and intelligence but instead started to obsess about his black roots. This is probably due to his father’s abandonment and absence of other black influences in Hawaii. He talks about U of H basketball which became prominent for a couple of years in the early 70’s when a white former NBA player became coach and recruited an all black team from the military ranks then in Hawaii. The team won enough in its second year to get invited to the NIT tournament gaining national recognition. With this, the coach was able to recruit some top mainland players (come to beautiful tropic Hawaii with no racial bigotry), several of which went on the NBA careers. Obama took up basketball and became a Punahou (not exactly a powerhouse) player.

Obama’s search for roots in Hawaii took him to military base black parties, to reading Harlem renaissance writers like Langston Hughes and later Chicago’s James Baldwin and Malcolm X. He listened to Billie Holiday and Stevie Wonder. His father returned to Honolulu briefly when Obama was 10 and spoke at Punahou.

Obama’s grandfather played checkers in Ali’i park and had a wide variety of friends including an old black poet living in a shack in Waikiki. The poet gave Obama wise advice just as Obama was leaving Hawaii for college;

You’re not going to college to get educated. You’re going to get trained. They’ll train you to want what you don’t need. They’ll train you to manipulate words so they don’t mean anything anymore. They’ll train you to forget what it is that you already know. They’ll train you so good , you’ll start believing what they tell you about equal opportunity and the American way and all that shit. They’ll give you a corner office and invite you to fancy dinners, and tell you you’re a credit to your race. Until you want to actually start running things, and then they’ll yank your chain and let you know that you may be a well-trained, well paid nigger, but you’re a nigger just the same.

Obama went to college in Los Angeles and New York. His father died when he was in New York, age 21, and he didn’t take a planned trip to Kenya at that time. Instead he took a job for a while then became a political community organizer in South Chicago. He decided to return to law school at Harvard but took some time to travel in Europe and finally go to Kenya to meet his family for the first time.

The remainder of the book is an account of his trip to Kenya and meeting members of his extended family and their complex relationships. His grandmother was able to give him a clear picture of the lives of his grandfather living in British controlled Kenya and of his father. The picture was very different from the idealized, false picture Obama had built in his mind. A Kenyan historian tells Obama;

You know, young black Americans tend to romanticize Africa so. When your father and I were young, it was just the opposite – we expected to find all the answers in America. Harlem. Chicago. Langston Hughes and James Baldwin. That’s where we drew our inspiration. And the Kennedys – they were very popular. The chance to study in America was very important. A hopeful time. Of course, when we returned we realized that our education did not always serve so well. Or the people who had sent us. There was all this messy history to deal with.

One of the strangest things in this biography is the absence of Obama’s mother. She is obviously the most important influence on Obama’s development as a moral and ethical liberal yet she hardly appears at all and one gets very little sense of her as an independent character. Its like the anchor that made Obama possible got lost in his search for a mythical black heritage that turns out to be largely illusionary in light of the true story from Kenya. But finally, the honesty, humility, and openness of this account comes through and leaves one to wonder what will become of this unusual character.

The Audacity of Hope, Barack Obama, 2006 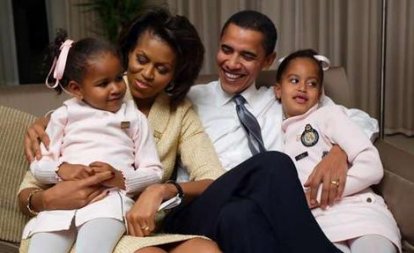 This book is dedicated to Obama’s mother and maternal grandmother. In his chapter on faith he acknowledges the influence of his mother on his life.

And yet for all her professed secularism, my mother was in many ways the most spiritually awakened person that I’ve ever known. She had an unswerving instinct for kindness, charity, and love, and spent much of her life acting on that instinct, sometimes to her detriment. Without the help of religious texts or outside authorities, she worked mightily to instill in me the values that many Americans learn in Sunday school: honesty, empathy, discipline, delayed gratification, and hard work. She raged at poverty and injustice, and scorned those who were indifferent to both.

Unlike his secular mother, as an adult Obama felt the need to be baptized in a moderate protestant church.

This second book is largely a polemic by professor Obama on various subjects; political parties, values, the constitution, opportunity, faith, race, the world. Still peaking through are occasional glimpses of the personal candor and humor of the first book; wrestling with whether to fly on personal jets rather than commercial airlines; temptations to engage candidate and fellow Harvard man, Alan Keyes, a mess of a politician perfectly capable of losing his own race without any help from Obama; the megalomania of politicians in general himself included and still able to see the humor in this; family get to gathers resembling mini-UN meetings with one relative resembling Margaret Thatcher.

In the family chapter, Obama voices his doubts about being a good father having grown up without one. He acknowledges his debt to his wife, Michelle, he enjoys the stability of her own family. Michelle, on her part, seems to enjoy the relative chaos and adventure of Obama’s wide ranging relatives.