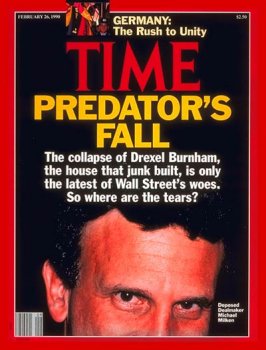 During the Reagan and 1st Bush administrations, criminals took control of most of the S&L industry and defrauded individual investors (via junk bonds from Drexel Burnham and Michael Milken) and American taxpayers (via FSLIC funds needed to pay depositors of failed S&Ls. These criminals bought politicians (most notoriously the Keating Five plus House speaker Jim Wright), who with the help of the Administrations, gutted regulatory controls and appointed regulators who did not believe in regulation. 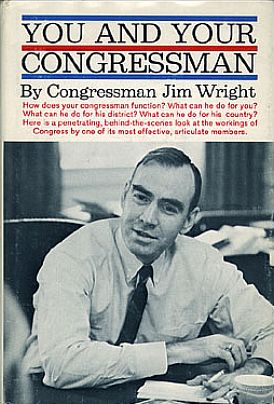 This book, written by an insider who was on the Bank Board responsible for regulating S&Ls and at the FHLB (Federal Home Loan Bank), reveals the details of the fraud schemes, the actors, the politicians, and the regulators who played key rolls in this American tragedy. Written in 2005, after the failure of the world’s largest hedge fund, LTCM, and after the collapse of Enron, but before the current financial crisis, we are finally able to get the details of what went wrong in the 1980’s to lead to the collapse of the entire S&L industry. Will we have to wait 20 years to find out what went wrong this time? This work is hard going at times and uses insider terminology and assumptions but is worth the struggle.

It is not a coincidence that most of this story considers companies based in Texas (Bush) and California (Reagan) where efforts to deregulate the S&L industry were most prominent. The most notorious criminal in the disaster, Charles Keating, had his offices in Phoenix. Former astronaut John Glenn was most vocal in support of Keating leading Black to joke that we need to redefine “the right stuff”. Only Glenn and John McCain politically survived the scandal.

The book is centrally concerned with the phenomenon of “control fraud”, fraud where a criminal runs a company and uses the company as a weapon and shield to defraud others and make it difficult to detect and punish the criminal. They have such widespread effects they can threaten the economy of the US and even the world. Black points out that the CEO is in a unique position to defeat any regulatory controls that operate in a normal business environment; they buy and influence politicians and regulatory policy; they find professional assistance of the highest reputations (big 8 accountants, top lawyers, appraisers, etc.) who cover their fraudulent activities with clean bills of health. In this way they can massively overvalue assets to create fictitious income and hide losses. At the same time, they can “lend” to themselves and pay themselves extravagantly while their companies are driven into insolvency. When cornered by regulators, they can “sell” their companies to each other at inflated values and keep going for years.

The S&L meltdown involved criminal elements, particularly bad real estate developers, but occasionally by known mobsters; acquiring failing S&L for no money. Black spends time explaining common fraud techniques of these new owners such as the ADC (acquisition development and construction) Ponzi scheme used primarily to “finance” commercial real estate. The schemes are too complex to understand fully but seem to involve S&L funds being drained to the owning developer in return for hugely overvalued equity stakes in the development which cooperative accountants can use to show that the S&L is profitable with a portfolio of valuable real estate assets. In reality the S&L is insolvent and the FSLIC deposit insurance will be on the hook to make the depositors wholes when the S&L fails. These “loans” are really equity investments and are illegal. 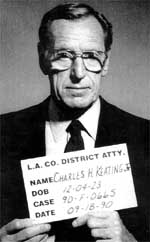 The problem for the regulators were many. Congress repeatedly refused to increase the FSLIC pool which meant the Bank Board couldn’t shut down all insolvent S&Ls because they lacked the funds to make the depositors whole. Once the Bank Board itself was under the control of Keating, incompetent regulators sent to examine Keating’s Lincoln Savings couldn’t find enough Ponzi ADC loans to prove that Lincoln was insolvent. Purely by chance, an accountant at ORPOS (Office of Regulatory Policy Oversight and Supervision) stumbled across a $94 million cash payment from Lincoln to Keating’s ACC. This hidden “loan” was completely illegal but beyond that, the size of the cash payment meant that Lincoln needed to show at least $300 million in profits from ADC “cash for trash” transactions with developers. Competent regulators descended on Lincoln, this time armed with information that could put both ACC and Lincoln out of business. They found that Lincoln, far from being profitable as certified by Lincoln’s Big 8 accountants, was insolvent to the tune of $2 Billion. Had the incompetent examiners been able to give Lincoln their clean bill of health, Lincoln could probably have survived for another couple of years at enormous additional cost to taxpayers. One of these regulators bragged about the luxurious private jet that Keating flew him around on while he conducted his “examination”.

The heroes here are Edwin Gray, friend of Reagan, who had the courage to re regulate the S&Ls as Chairman of the Bank Board in the face of enormous pressure from the administration and congress; the accountant and regulators who uncovered the frauds needed to shut down Keating; and author Black himself, who also survived numerous attempts to get him fired and a personal lawsuit for $400 million brought by Keating and his army of high priced lawyers.

Black wrote this book to document the S&L meltdown, but also to advocate his view that all professional who train to work with corporations, whether MBA’s who will work directly for the corporation, corporate lawyers, corporate accountants and auditors, and regulators, need to receive extensive training in fraud detection and criminology. Black now heads the Anti-Fraud Institute at the U of Texas in Austin. So far, almost no school training business professionals includes fraud and criminology training. Black does not believe that we can rely on whistle blowers to uncover fraud within corporations, but must rely on professional regulators trained to detect fraud and illegal activities. Judging from Enron, Madoff, and Stanford, we haven’t learned much from the S&L disaster. Now the first indictments are coming out against employees and executives at Bear Sterns and Countrywide Mortgage. The deluge will follow. 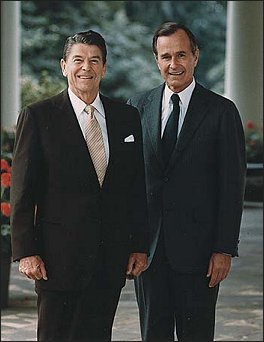 Black summarizes his history with this litany of failures of the Reagan and 1st Bush administrations when they took the following actions:

Insisted on deregulating at a time of mass insolvency

Insisted on covering up the scope of the crisis

Argued in favor of running insolvent S&Ls like Ponzi schemes

Repeadely cut the number of examiners

Tried to give Keating majority control of the Bank Board

Appointed Keating’s mole, Henkel, to the Bank Board

Accepted (through Bush) a $100,000 contribution from Keating even after Senator Riegle had returned his contributions in light of the Keating Five scandal

Tried (through Don Regan) to embarrass Gray into resigning

Threatened to prosecute Pratt and Gray for closing insolvent S&Ls

Conducted a criminal investigation of the FHLBSF at Keating’s request

Regan testified that while Gray warned of the coming crisis, he, Regan, ignored the warnings

Not only did President Reagan never request a briefing from Gray about the debacle, but they never discussed it personally after Reagan appointed Gray.

President Bush (H.W.) insisted on appointing Wall as director of the OTS (replaces the Bank Board) without the advice and consent of the Senate, which was ruled unconstitutional

Bush appointed Wall OTS director even after he had appeased Keating

A sad history of politicians acting in service of criminal elements.