The Dawn of Everything; A New History of Humanity, David Graeber & David Wengrow, 2021 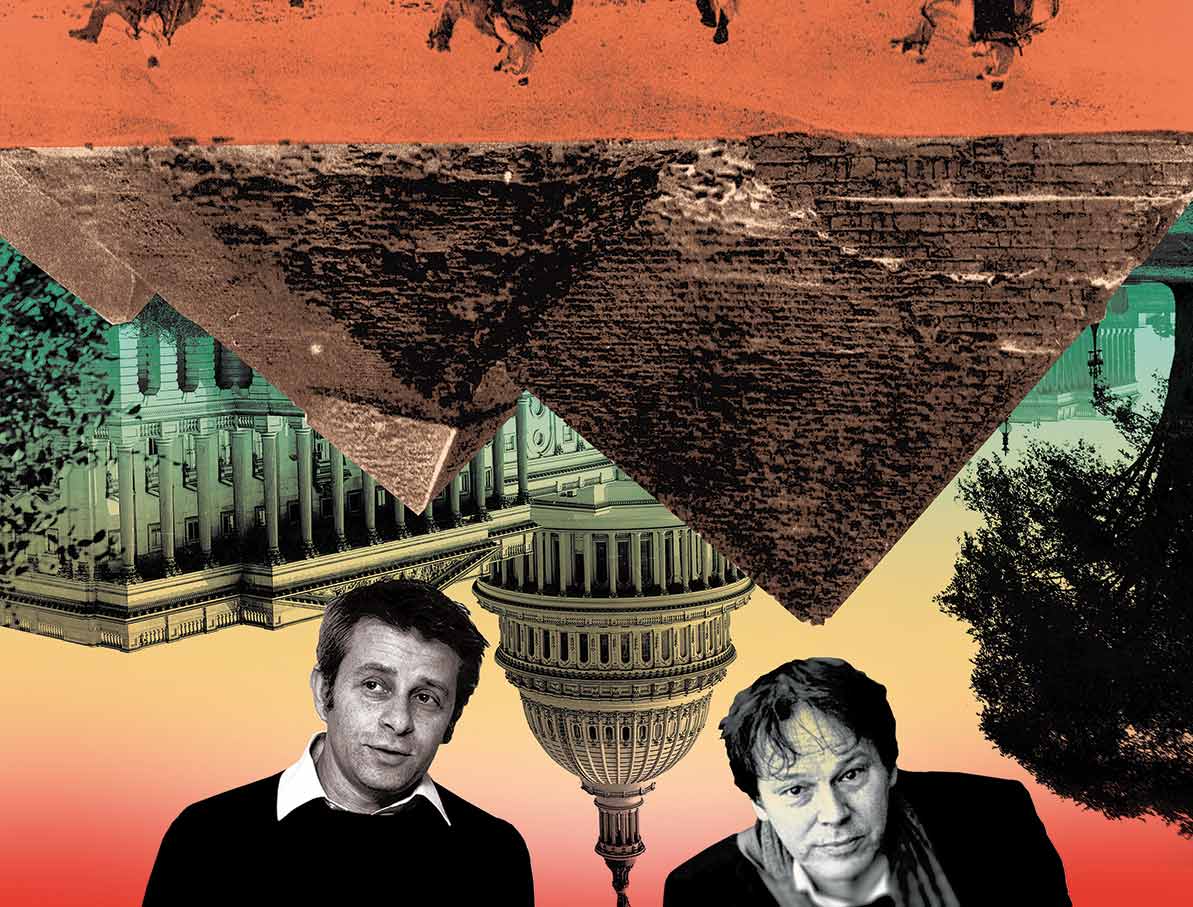 Father Lallemant:”From the beginning of the world to the coming of the French, the Savages have never known what it was so solemnly to forbid anything to their people, under any penalty, however slight. They are free people, each of whom considers himself of as much consequence as the others; and they submit to their chiefs only in as far as it pleases them.”

The democratic governance of the Wendat and Five Nations of the Haudenosaunee, which so impressed later European readers, was an expression of the same principal; if no compulsion was allowed, then obviously such social coherence as did exist had to be created through reasoned debate, persuasive arguments, and the establishment of social consensus. 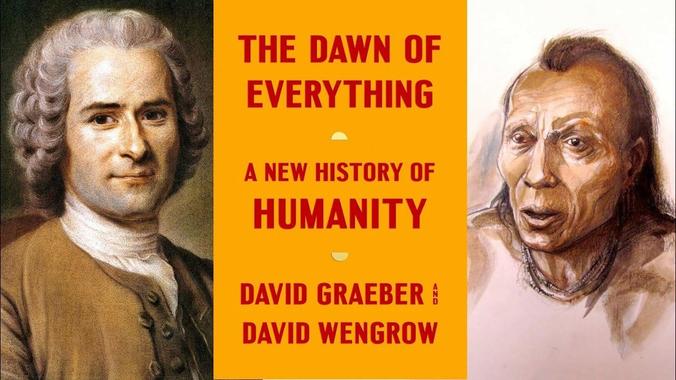 An impoverished French aristocrat known as Lahonstan recorded his conversions with a Wendat statesman named Kandiaronk; “In short, they neither quarrel, nor fight, nor slander one another…They brand us for slaves, and call us miserable souls, whose life is not worth having, alleging that we degrade ourselves in subjecting ourselves to one man [the king] who possesses all the power, and is bound by no law but his own will.”

If human beings, through most of our history, have moved back and forth fluidly between different social arrangements, assembling and dismantling hierarchies on a regular basis, maybe the real question should be ‘how did we get stuck?’. How did we end up on one single mode? How did we lose that political self-consciousness, once so typical of our species? How did we come to treat eminence and subservience not as temporary expedients, or even the pomp and circumstance of some kind of grand seasonal theatre, but as inescapable elements of the human condition? If we started out just playing games, at what point did we forget that we were playing?

As indigenous legal scholars have been pointing out for years, the ‘Agriculture Argument’ makes no sense, even on its own terms. There are many ways, other than European style farming, in which to care for and improve the productivity of land. What to a settler’s eye seemed savage, untouched wilderness usually turns out to be landscapes actively managed by indigenous populations for thousands of years through controlled burning, weeding, coppicing, fertilizing and pruning, terracing estuarine plots to extend the habitat of particular wild flora, building clam gardens in intertidal zones to enhance the reproduction of shellfish, creating weirs to catch salmon, bass, and sturgeon, and so on. Such procedures were often labour intensive, and regulated by indigenous laws governing who could access groves, swamps, root beds, grasslands and fishing grounds, and who was entitled to exploit what species at any given time of year.

In fact land ownership illustrates perfectly what Rudolf von Ihering called the state’s monopoly of violence within a territory — just within a much smaller territory than a nation state.

Just as access to violence, information, and charisma defines the very possibilities of social domination, so the modern state is defined as a combination of sovereignty, bureaucracy and a competitive political field.

…in all parts of the world small communities formed civilizations in that true sense of extended moral communities. Without permanent kings, bureaucrats or standing armies they fostered the growth of mathematical and calendrical knowledge. In some regions they pioneered metallurgy, the cultivation of olives, vines and date palms, or the invention of leavened bread and wheat beer; in others they domesticated maize and learned to extract poisons, medicines and mind-altering substances from plants. Civilization, in this true sense, developed the major textile technologies applied to fabrics and basketry, the potter’s wheel, stone industries and beadwork, the sail and maritime navigation, and so on. A moments reflection shows that women, their work, their concerns and innovations are at the core of this more accurate understanding of civilization.

It was precisely this combination of such conflicting ideological possibilities — and of course, the Iroquoian penchant for prolonged political argument — that lay behind what we have called the indigenous critique of European society. It would be impossible to understand the origins of its particular emphasis on individual liberty, for instance, outside that context. Those ideas about liberty had a profound impact on the world. In other words, not only did indigenous North Americans manage almost entirely to sidestep the evolutionary trap that we assume must always lead, eventually, from agriculture to the rise of some all-powerful state or empire; but in doing so they developed political sensibilities that were ultimately to have a deep influence on Enlightenment thinkers and, through them, are still with us today.

We started out by observing that to inquire after the origins of inequality necessarily means creating a myth, a fall from grace, a technological transposition of the first chapters of the Book of Genesis — which, in most contemporary versions, takes the form of a mythical narrative stripped of any prospect of redemption. In these accounts, the best we humans can hope for is some modest tinkering with our inherently squalid condition — and hopefully, dramatic action to prevent any looming, absolute disaster. The only other theory on offer to date has been to assume that there were no origins of inequality, because humans are naturally somewhat thuggish creatures and our beginnings were a miserable, violent affair; in which case ‘progress’ or ‘civilization’ — driven forward largely, by our own selfish and competitive nature — was itself redemptive. This view is extremely popular among billionaires but holds little appeal to any else, including scientists, who are keenly aware that it isn’t in accord with the facts…The more rosy, optimistic narrative — whereby the progress of Western civilization inevitably makes everyone happier, wealthier and more secure — has at least one obvious disadvantage. It fails to explain why that civilization did not simply spread of its own accord; that is, why European powers should have been obliged to spend the last 500 or so years aiming guns at people’s heads in order to force them to adopt it.

…innovation in Neolithic societies was based on a collective body of knowledge accumulated over centuries, largely by women, in an endless series of apparently humble but in fact enormously significant discoveries. Many of those Neolithic discoveries had the cumulative effect of reshaping everyday life every bit as profoundly as the automatic loom or lightbulb.

Over the course of these chapters we have instead talked about the basic forms of social liberty which one might actually put into practice; (1) the freedom to move away or relocate from one’s surroundings; (2) the freedom to ignore or disobey commands issued by others; and (3) the freedom to shape entirely new social realities, or shift back and forth between different ones…It is clear that something about human societies really has changed here, and quite profoundly. These three basic freedoms have gradually receded, to the point where a majority of people living today can hardly comprehend what it might be like to live in a social order based on them.

There is nothing particularly primordial about such arrangements (murder of entire populations); certainly there is no reason to believe they are in any sense hardwired into the human psyche. On the contrary, it’s almost invariably necessary to employ some combination of ritual, drugs and psychological techniques to convince people, even adolescent males, to kill and injure each other in such systematic yet indiscriminate ways.

Time and again we found ourselves confronted with writing which simply assumes that the larger and more densely populated the social group, the more complex the system needed to keep it organized. Complexity in turn, is still often used as a euphemism for chains of command, which means that as soon as large numbers of people decided to live in one place or join a common project they must necessarily abandon the second freedom — to refuse orders–and replace it with legal mechanisms for, say, beating or locking up those who don’t do as they’re told. As we’ve seen, none of these assumptions are theoretically essential, and history tends not to bear them out…complex systems don’t have to be organized top-down, either in the natural world or in the social world.

What is the purpose of all this new knowledge, if not to reshape our conceptions of who we are and what we might become? if not, in other words, to rediscover the meaning of our third basic freedom: the freedom to create new and different forms of social reality?…We know, now, that we are in the presence of myths.