Deprecated: Return type of HM\BackUpWordPress\CleanUpIterator::accept() should either be compatible with FilterIterator::accept(): bool, or the #[\ReturnTypeWillChange] attribute should be used to temporarily suppress the notice in /home/mutanteg/public_html/vitro-nasu/wp-content/plugins/backupwordpress/classes/class-path.php on line 456
 Life is Elsewhere – Vitro Nasu
Previous
Next

The above image is a photo collage of an outdoor art installation from a street near Malostranska station in Prague. The statue of Sigmund Freud hanging by one hand by David Cerny – Czech Sculptor.

Milan Kundera who wrote “The Joke” was born on April’s Fool day. Here is a belated acknowledgemnt for this Parisian Czech writer. He now writes in French and lives in Paris, for which the Czech people have felt betrayed augmenting their sense of national/cultural insecurity.
(Kafka is a German Jew who was bilingual but did not write in Czech. Though Kafka is intimately linked to Prague as no other writer, not even Rilke who was born in Prague). Then there is Havel but he became the figurehead Politician ( still admired and loved. )
Kundera, in Life is Elsewhere, uses a quote from Rimbaud as his title.
“Life is Elsewhere” is a celebrated sentence of Rimbaud. It is cited by Andre Breton at the conclusion of his Surrealist Manifesto. In May 1968, Paris Students scribbled it on the walls of the Sorbonne as their slogan. But the original title of my novel was ‘The Lyrical Age.” I changed it at the last moment when I saw anxiety on the faces of my publishers, who doubted anyone would buy a book with such an abstruse title.” (From Preface of the Novel Life is Elswhere).
He wrote very fine essays in his “The Art of Novel”. A good interview on him, here.

Gravity, Grace and the Unbearable Light Beans is a phrase I have
used in my email headings in honor of Milan Kundera and javascript that my collaboraters have used.
Fiona Tan 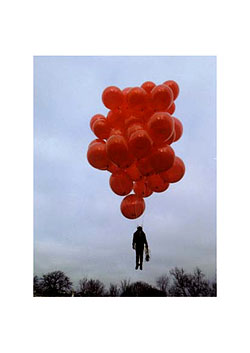 The above image by Fiona Tan, Indonesian born international artist.

Elswhere, next Life from the team of the Last life in the Universe, from Bangkok post here 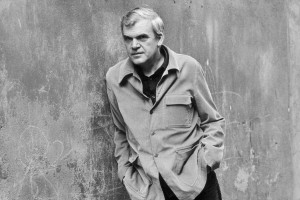 Elsewhere……………..
“Leading Thai director Pen-ek Ratanaruang teams up once more with Japanese cult actor Asano Tadanobu on another bizarre movie-making mission”
“The movie, instead, represents a liberal attitude towards the way a film can be made, where the nationality of the director is not its sole cultural influence, while the marketing effort is engineered to catch the attention not of any particular nation but perhaps of the world.”
The guest star Takashi Miike arrived at the arport in gangster character, for this scene, Doyle said of Miike that Last Life in the Universe is everything that Takashi Miike leaves out in his films.
The cable network was showing Ichi the Killer a few days ago and I did not have the stomach to see his violent film. Sorry Takashi, but I liked your Katakuri Family film.

On Matisse new biography, a review by Jeanette Winterson

Letter to Jane (Jane Fonda who is mouthing academic feminist jargon while making round these days with her Christian conversion. It smells like a strategy to fight right wing Christian domination. Has she read Simone Weil? You don’t have to be a Christian to have a contact with Christ? On the other hand Jane has a Midas touch, or the force of Forrest Gump, who knows?)
A book review by Ann Patchett, here.
“Her decision to marry Ted Turner is not just confusing, but genuinely baffling. But then it would take a writer of Nabokov’s skill to make that guy seem charming on the page.
I wish the book contained more discussion of her life as an actress, but aside from the time she spent working with Lee Strasberg, her career gets fewer pages than it deserves.
Both Jane Fonda and her text are most alive when she’s dealing with Vietnam.”

She was good to Jean Genet.
Roger Vadim and the film I hope one day to see where Vadim used Art Blakey and Theloneous Monk and now the Korean remake.