Raymond Radiguet, the Death of a Prodigy 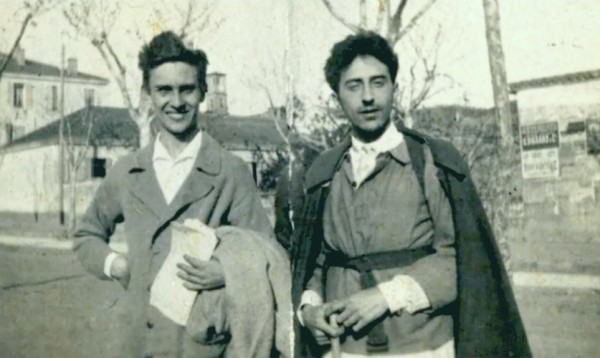 Raymond Radiguet who was born on June 18, influenced both Jean Cocteau and Yukio Mishima.

As Rimbaud had done years before, Raymond Radiguet made his breakthrough as a writer in his adolescence. Radiguet wrote the book before he was nineteen and by twenty he was dead.

Mishima was attracted to the novels and the personality of Raymond Radiguet. Mishima was fascinated with youth, and especialy with youthful death. (Donald Keene – Five Modern Japanese Novelits)
Mishima wrote a short novel called The Death of Radiguet”. 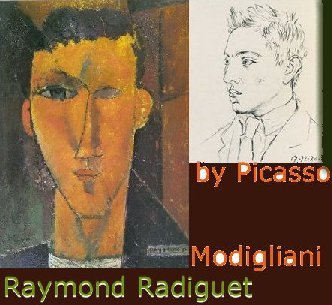 Drawing by Pablo Picasso (enlarge) and painting by Modgiliani (enlarge).

Do not accuse fate. Do not speak of injustice. He belonged to the solemn race of men whose lives unfold too quickly to their close. (Jean Cocteau, more here)

He was hard and of a brutal force, alternately passionate and indifferent, as Cocteau said, it needed “a diamond to scratch his heart.” (via) 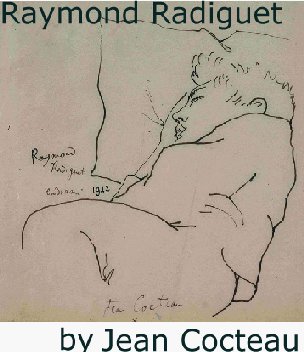 A drawing by Jean Cocteau

Smoking a cigarette “At the Age of Fifteen”, another drawing by Jean Cocteau from Flickr.

In 1918 he met the 15-year-old poet Raymond Radiguet. The two collaborated extensively, socialized, and undertook many journeys and vacations together. Cocteau also got the youth exempted from military service. In admiration of Radiguet’s great literary talent, Cocteau promoted his friend’s works in his artistic circle and also arranged for the publication by Grasset of Le Diable au corps (a largely autobiographical story of an adulterous relationship between a married woman and a younger man), exerting his influence to garner the “Nouveau Monde” literary prize for the novel.

Gérard Philipe and Micheline Presle in an adaptation of Radiguet’s novel, Devil in the flesh. (1947)

(France was slowly overcoming a murderous war, its veterans were revered, the adultry of a soldier’s wife was intolerable. via.)

The novel is described as,

an extraordinary mixture of perception and brutality, tenderness and heartlessness. (via)

I have never been a dreamer. What appears dream to others more credulous than I seems to me to be as real as cheese to a cat – in spite of the glass that covers it. Yet the glass does exist.
When the glass breaks, the cat takes advantage, even if it is his master who breaks it and cuts his hand in the process.
— The Devil in the Flesh

His second and last novel Count D’Orgel, reviewed by Waggish.