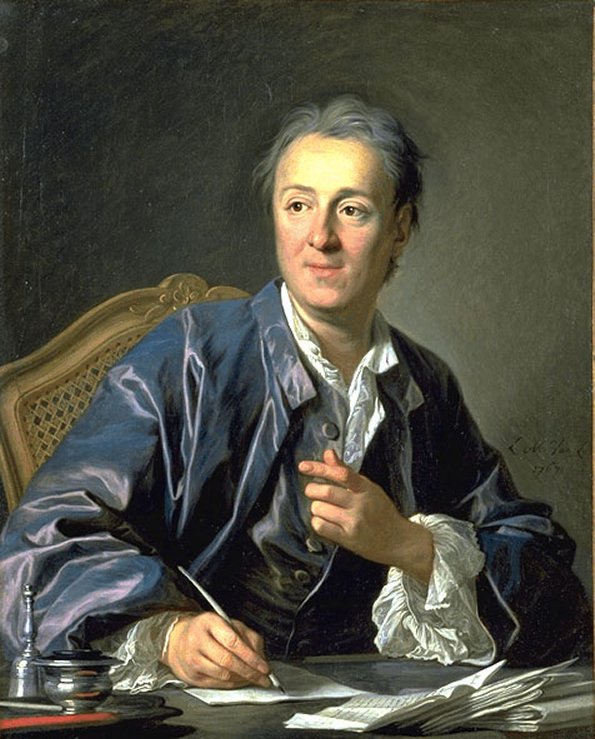 October 5 was a birthday of Diderot and Louis Lumiere.

French philosopher, and man of letters, the chief editor of the L’Encyclopédie, one of the principal literary monuments of the Age of Enlightenment. The work took 26 years of Diderot’s life. In seventeen volumes of text and eleven of illustrations, it presented the achievements of human learning in a single work. Besides offering a summary of information on all theoretical knowledge, it also challenged the authority of the Catholic Church. (Via)

Diderot was a freethinker who disregarded any dogma, tradition or authority, ecclesiastical or secular, over his mind—his right to think and express his thoughts. He never found the answer of his quest, but he described the enigma of our existence (via)

What is a Diderot Effect? (Beware of trading up – the burden of wealth).

Beware of the contamination of sudden wealth. The poor man may take his ease without thinking of appearances, but the rich man is always under a strain.

that moment of belated inspiration when you think of the perfect comeback for a difficult encounter only when you’re walking down the stairs after the conversation is over. That’s another Diderot effect I observe too often in myself. (On Diderot Effect)

Late Theresa Duncan named her blog The Wit of the Stairecase

From the French phrase ‘esprit d’escalier,’ literally, it means ‘the wit of the staircase’, and usually refers to the perfect witty response you think up after the conversation or argument is ended.