And since you cover so much little known artlit territory, you should know I have just published my complete translation from the French of Malcolm de Chazal, Sens-Plastique, (Green Integer 2008), foreword by WH Auden. Andre Breton claimed Chazal as surrealist and Braque told him his aphorisms were really images and he should paint (which he took up on). 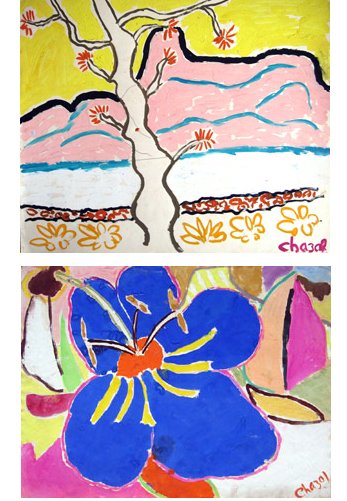 Chazal’s aphorisms are considered by literary critics to express the most remarkable correspondence between words and things, between language and nature, ever attempted. Chazal’s paintings celebrate the magical island spendor of Mauritian sunlight, flora, fauna that inspired his observations.

Irving Weiss is still putting the ox back into the aleph in word for/word, the lyre, hot metal, and other sources of vispo shaking and making. His 2-vol. translation of Chazal’s Sens-Plastique (5 years on Amazon) was supposedly due out March 10.