Obit from a friend (Sarah Weinman)

One of America’s greatest writers has passed on, and even though I shouldn’t have been surprised – he was 82 years old and not in the greatest of health the last few years 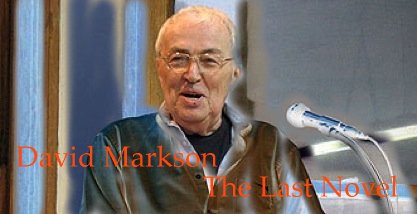 Obstinately cross-referential and of cryptic interconnective syntax.
Here perhaps less than self-evident to the less than attentive.

A Terrific interview at Conjunctions (Markson’s friendships with other writers).

Sad news that David Markson has passed away. Posted below is a text derived from one of his early books. About fifty years ago, Markson wrote a pair of hard-boiled detective novels set in Greenwich Village, Epitaph for a Tramp and Epitaph for a Dead Beat. The books read like beat-flavored Spillane, and within the private eye character of Harry Fannin you can see the beginnings of the voice, form, and preoccupations of Markson’s later innovative novels, Readers Block, Vanishing Point, This is Not a Novel, and The Last Novel. “Dead Beat” is an excised narrative that examines Markson’s core themes: literature, art, music, philosophy, pop culture, sex, and death.

Markson, a giant of postmodernism– if you’re true to the word– maintained closer friendships than he courted publicity. His life and work are intertwined, and his memory will live on in those he touched as well as in his works of art.

“Shit. He was one of my favorites. And despite DFW’s praise of him, I like to think of David Markson as the anti-DFW.”

Talk about “his melancholy” from another ardent fan who tried to see David Markson. 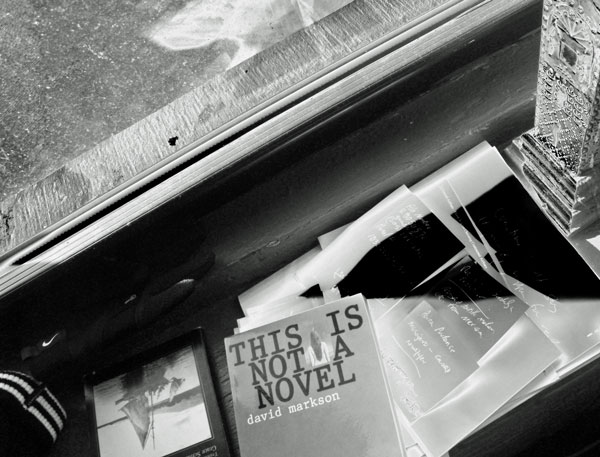 A serious fan (This is bookmarked for a return visit)

Each sentence in the book is a wave. Better yet, a wave packet. Collapsing onto the page to form something bigger than itself.

Is Writer, thinking he can bring off what he has in mind?
And anticipating that he will have any readers?

Along with John Barth, William Gaddis, and Gilbert Sorrentino, Markson was one of the few writers who proved that experimental writing need not be prescriptive. For Markson, chronicling the consciousness was often tremendous fun: both for him and the reader. And if you were fortuitous enough, it could extend beyond the book. If you lived in New York, Markson could often be located in the Strand’s basement, amicably chattering in good humor with any stranger willing to engage in wanton mischief.