The artist, who was living in Italy and had suffered with cancer for several years, was hospitalised a few days ago, according to Eric Mezil. 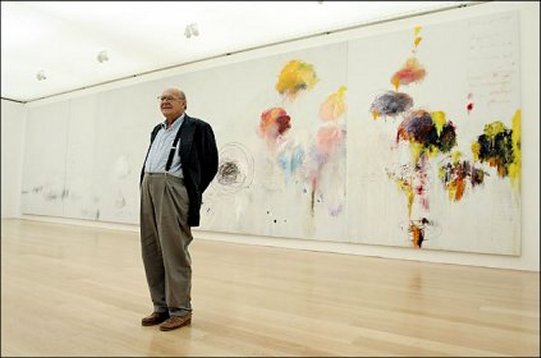 Cy Twombly Gallery in Houston in front of the gallery’s largest painting, “Say Goodbye, Catullus, to the Shores of Asia Minor.”

Edwin Parker “Cy” Twombly Jr was born in Lexington, Virginia. Both his parents came from Maine. His father was a sports instructor and former baseball player whom Twombly admiringly described as still doing back flips at the age of 40: he was known as “Cy” after the legendary pitcher “Cyclone” Young. Twombly inherited his father’s nickname but not his athleticism.

Each line he made, he said, was “the actual experience” of making the line, adding: “It does not illustrate. It is the sensation of its own realization.” Years later he described this more plainly. “It’s more like I’m having an experience than making a picture.”

Q & A Cy Twombly with David Sylvester Art In America 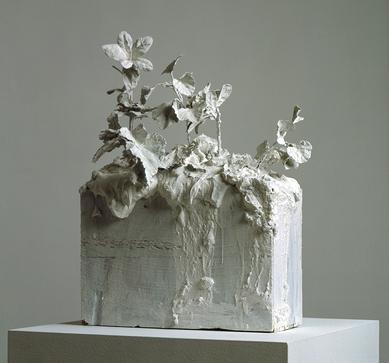 Obit by Evan Garza (Huffpo with a nice slideshow)