Florence Nightingale 12 May 1820 – 13 August 1910 was a celebrated English social reformer and statistician, and the founder of modern nursing. 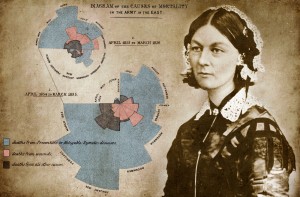 During her service in the front Nightingale collected data from diseases, wounds and deaths. Her data showed that a large part of the casualties was due to bad or non-existent sanitation in the barracks. She made her data tangible using a special graphic representation, known originally as the “Nightingale’s Coxcomb”, or more recently, the “Nightingale’s Rose”. The graph efficiently portrayed the root causes of deaths, and was the beginning of modern nursery and sanitation, helping to save millions of lives.

Despite her intense personal devotion to Christ, Nightingale believed for much of her life that the pagan and eastern religions had also contained genuine revelation. She was a strong opponent of discrimination both against Christians of different denominations, and against those of non-Christian religions. Nightingale believed religion helped provide people with the fortitude for arduous good work, and would ensure the nurses in her care attended religious services. However she was often critical of organised religion. (Florence Nightingale -wiki )

BEFORE THEY WERE FAMOUS
A Winter on the Nile: Florence Nightingale, Gustave Flaubert and the Temptations of Egypt
By Anthony Sattin

Florence Nightingale’s Egypt is a place of spiritual self-fashioning. Gustave Flaubert’s Egypt is somewhat different. It was a great place to buy sex.

One more review on Winter on the Nile.. (Nightingale – Flaubert and the Temptations of Egypt by Anthony Sattin) 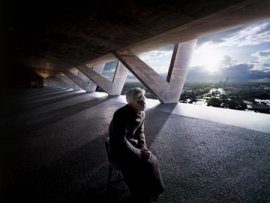 and Japanese Grandmothers and Past, Future and Overseas.

I assume that the full scope of my mother’s influence on me lies beyond my understanding. I figure it must be like an iceberg: only the tip of it shows.