Deprecated: Return type of HM\BackUpWordPress\CleanUpIterator::accept() should either be compatible with FilterIterator::accept(): bool, or the #[\ReturnTypeWillChange] attribute should be used to temporarily suppress the notice in /home/mutanteg/public_html/vitro-nasu/wp-content/plugins/backupwordpress/classes/class-path.php on line 456
 Independent Filmmaker Jon Jost on The Road – Vitro Nasu
Previous
Next

Roger and me by Jon Jost (Roger Ebert reviewed his film)

I am certain that most people who meet me and tell me I am “famous” heard of me through Roger.

Still from All the Vermeers in New York (Art 21 youtube_)

In March 1991 Jost was honored, along with Producer Edward Pressman, with the IFP/West’s first “John Casavettes Lifetime Achievement Award” for independent filmmaking.

In March, 2000, he received the “Maverick Spirit Award,” at the San Jose-based independent “Maverick” festival.
(via Jon Jost homepage ) 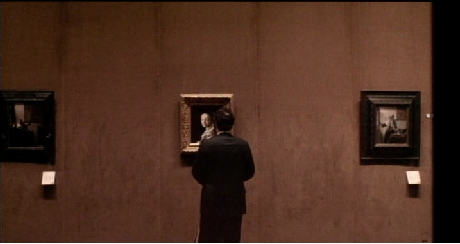 .Jon Jost Work (All the Vermeer in New York) 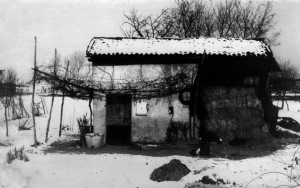 50 years ago, taken in Cassina Amata di Paderno Dugnano, Italy. A family, the Rebosio’s. picked me up hitch-hiking & I stayed with them 3 months and shot my first film, Portrait, of their 12 year old daughter, Matilde. Thanks to FB we’re in touch again and they sent me this foto I took back then. 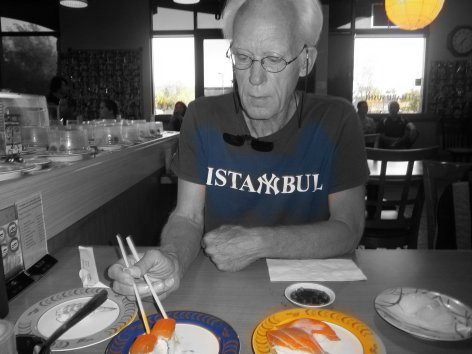 (Instanbul T-shirt Man photo by Fung Lin Hall).
Jon Jost was filming at Grand Canyon, he took a day off to escape the tourists and found the time to meet me and my husband for a sushi dinner and conversation.. Jon was a nurse to Nick Ray when he was dying of Cancer . Forgot to ask him about Raul Ruiz..

Roxanne Rogers gave Jost the T-shirt he was wearing. That day our thoughts were far away from Istanbul Turkey.
See a group photo below. Roxanne currently resides in Istanbul providing her friends with some news. 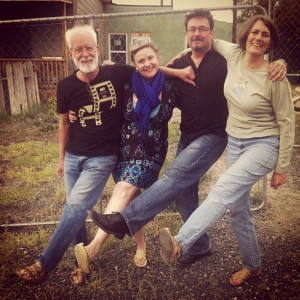 I look horrible (very into that trashy character) in all the other photos. This was the last moment I got to wear that dress as the first character. Right after this photo was taken we dashed off to find locations, change hair and make up for the second film we made….in TEN days!!! Jost works so fast when he is cranking. We were just falling all over our selves to keep up. It’s fabulous. Wish we were making another fim this year.” (Roxanne Rogers via FB)

I also sent the documentary shot last autumn in the Fukushima district in Japan, The Narcissus Flowers of Katsura-hima. It is a delicate work on survivors of the earthquake and tsunami of March 11, 2011. So far it’s been rejected by a handful of festivals

This is where he went (to Grand Canyon) ..travellin man 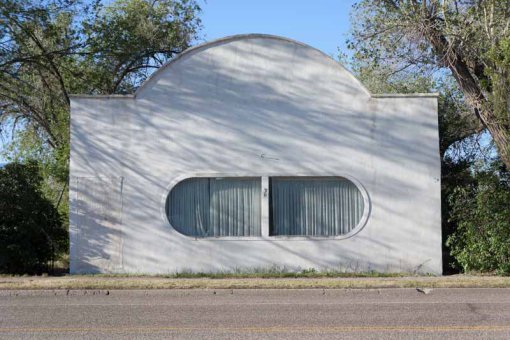