“It’s better to die on your feet than to live on your knees.” Emiliano Zapata 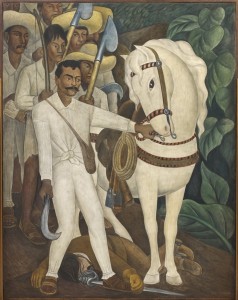 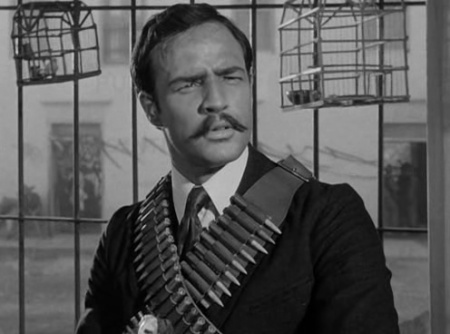 Marlon Brando played Emiliano Zapata in the award-winning movie based on his life, Viva Zapata! in 1952. The film co-starred Anthony Quinn, who won best supporting actor. The director was Elia Kazan and the writer was John Steinbeck.

Zapata’s army was unique in that he allowed women to join the ranks and serve as combatants.[8] Although other revolutionary armies had many women followers, in general they did not fight (although there were exceptions).[8] Only in Zapata’s army were there large numbers of women combatants:[8] some were even officers.[8] Some modern Mexican feminists point to the historical importance of these soldaderas as a milestone in women’s rights. Emiliano Zapata-wiki