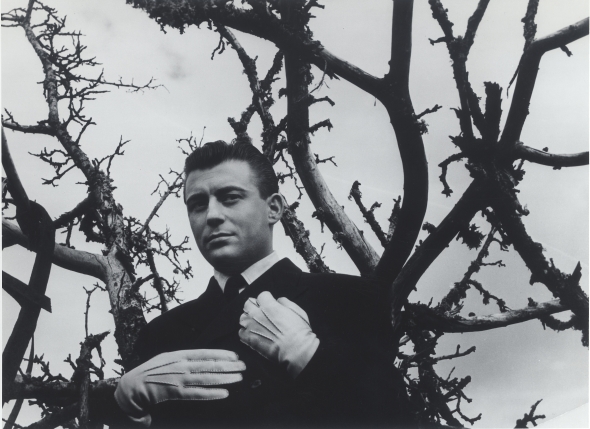 Francois Perier as Heurtebise from Orphée

French actor famed for his role as Heurtebise in Orphée, who was a friend of Jean-Paul Sartre
Ten years later, Perier reappeared as Heurtebise in Cocteau’s valedictory ciné-poem The Testament of Orpheus (1960), in which the dark angel compares a poet to “a sleeping invalid, with neither arms nor legs, who dreams that he runs and gestures”.

Celan is an anagram of the Romanian spelling of his surname, Ancel.

Paul Celan (1920-1970) was born in Romania to Jewish parents. His parents were deported and eventually died in the Nazi labor camps, and he was interned for eighteen months before escaping to the Red Army. He ultimately settled in Paris in 1948 to study German philology and literature. He published seven books of poetry and numerous translations during his lifetime. (via )

He was a prolific translater.. see the list of poets he translated .. via wiki. 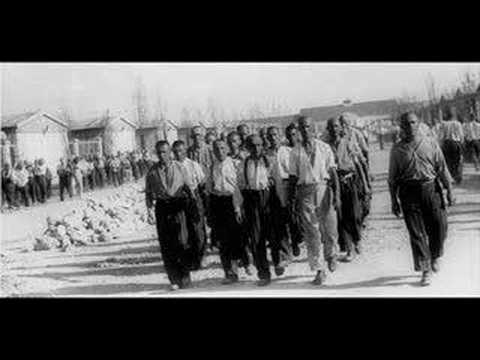 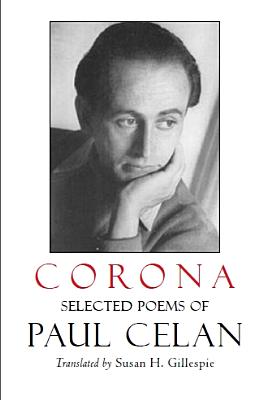 Celan’s words are not containers, they are openings. I go through the opening in the gate each time I read them. The ideogram to open 開 appears in this book as well, in the crucial last line of the poem Ein Körnchen Sands {‘A Grain of Sand’}:

and I waft before you, a leaf
that knows where the gates will open