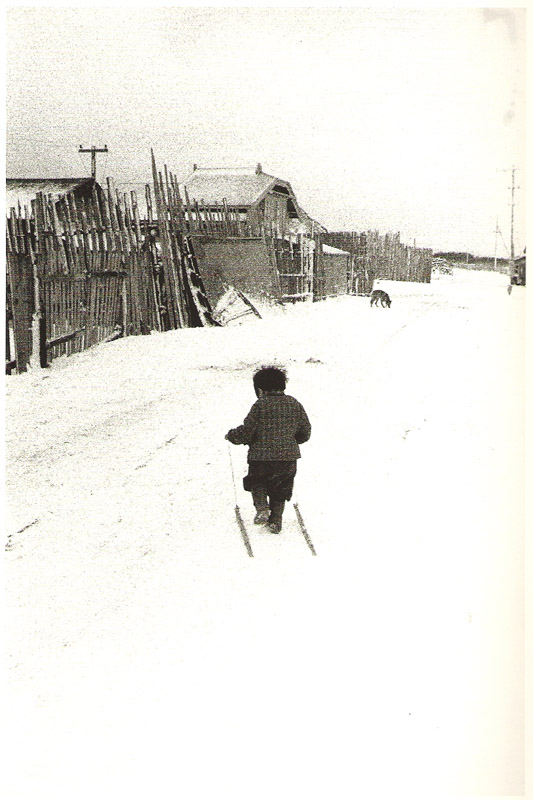 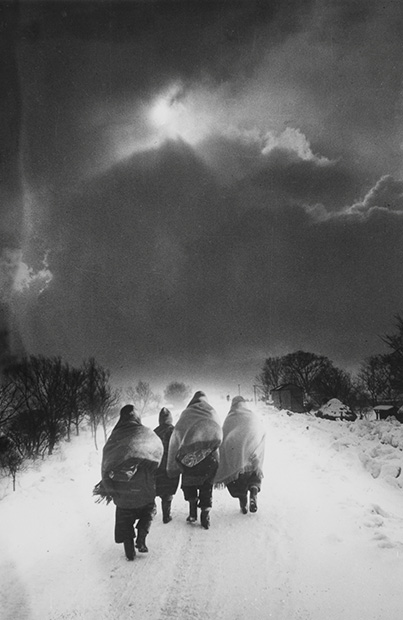 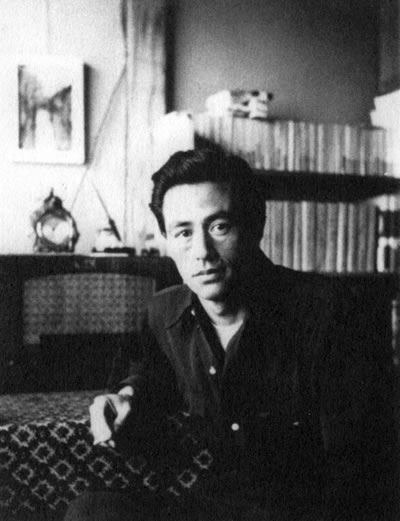 Kojima (b. 1924, Aomori, Japan) served the war effort in China during World War II and returned to his homeland, Aomori, in 1946. Having passed through several jobs, he began to help out in the family business, a photographic equipment shop.
Tsugaru, the series in this exhibition, was shot during Kojima’s first four years as a photographer; it may be said that it was during this time he worked on Tsugaru where Kojima developed his characteristic printing technique. 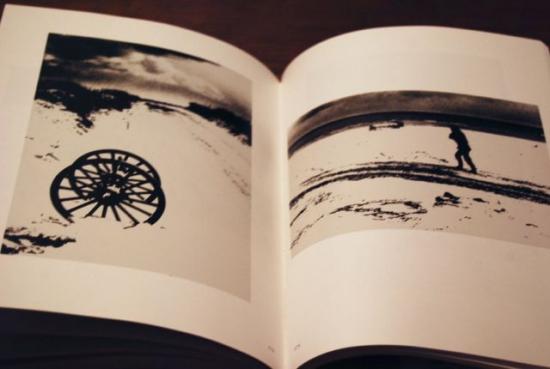 Under the guidance of an experienced beggar, the younger blind man would learn the basics of shamisen and begging. These men, called bousama (sarcastically meaning “honorable monk,”), were definitely at the bottom of the social ladder. They traveled through farming and fishing areas, where they would be able to play for food in order to survive.
Tsugaru History