Deprecated: Return type of HM\BackUpWordPress\CleanUpIterator::accept() should either be compatible with FilterIterator::accept(): bool, or the #[\ReturnTypeWillChange] attribute should be used to temporarily suppress the notice in /home/mutanteg/public_html/vitro-nasu/wp-content/plugins/backupwordpress/classes/class-path.php on line 456
 George Balanchine & Arthur Mitchell (An African American Dancer) – Vitro Nasu
Previous
Next 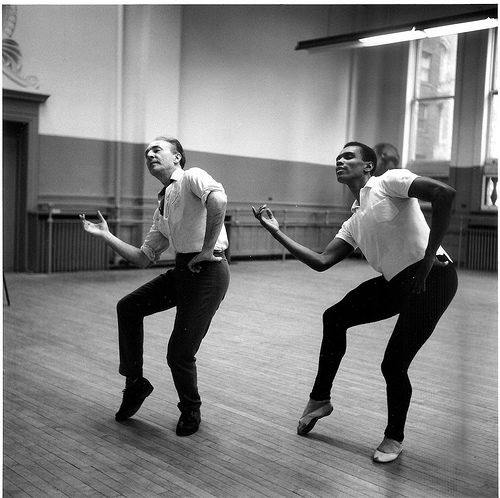 Arthur Mitchell is an African-American dancer and choreographer who created a training school and the first African-American classical ballet company, Dance Theatre of Harlem.
In 1955 Mitchell made his debut as the first African American with the New York City Ballet
Mitchell was the only African-American dancer with the NY City Ballet until 1970. Choreographer and director of the NYCB George Balanchine created the pas de deux in Agon especially for Mitchell and the white ballerina Diana Adams. Although Mitchell danced this role with white partners throughout the world, he could not perform it on commercial television in the United States before 1965, because states in the South refused to carry it.

Slim dragon-fly
too rapid for the eye
to cage,

reveal
and veil
a peacock-tail.