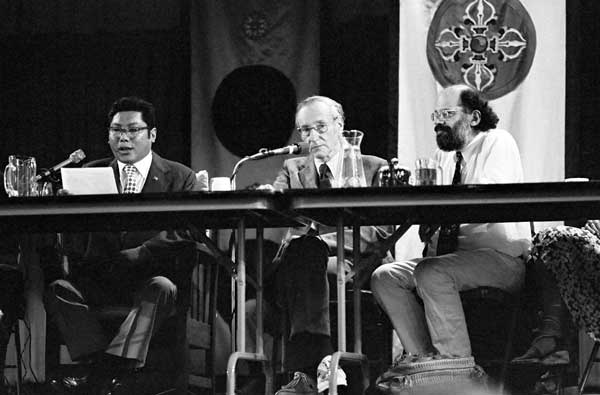 “When we talk about compassion, we talk in terms of being kind. But compassion is not so much being kind; it is being creative to wake a person up.” Trungpa Rinpoche 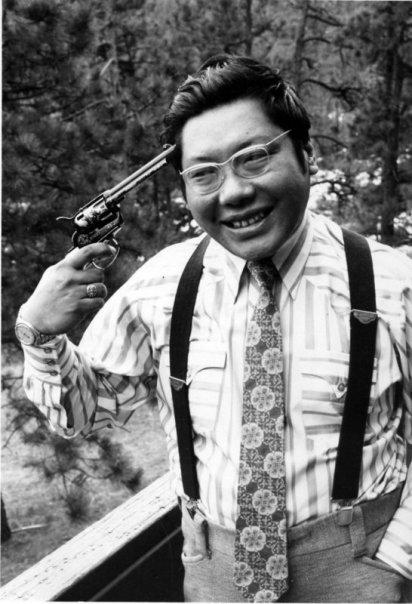 Trungpa had a number of notable students, among whom were Pema Chödrön, Allen Ginsberg, Peter Orlovsky, Anne Waldman, Diane di Prima, Peter Lieberson, José Argüelles, David Nichtern, Ken Wilber, David Deida, Francisco Varela, and Joni Mitchell, who portrayed Trungpa in the song “Refuge of the Roads” on her 1976 album Hejira.
Shambhala vision is described as a nonreligious approach rooted in meditation and accessible to individuals of any, or no, religion. In Shambhala terms, it is possible, moment by moment, for individuals to establish enlightened society. His book, Shambhala: The Sacred Path of the Warrior, provides a concise collection of the Shambhala views. According to Trungpa, it was his intention to propagate the kingdom of Shambala that provided the necessary inspiration to leave his homeland and make the arduous journey to India and the West

Merwin
My feelings about Trungpa have been mixed from the start. Admiration, throughout, for his remarkable gifts; and reservations, which developed into profound misgivings, concerning some of his uses of them. I imagine, at least, that I’ve learned some things from him (though maybe not all of them were the things I was “supposed” to learn) and some through him, and I’m grateful to him for those. I wouldn’t encourage anyone to become a student of his. I wish him well.

I love Trungpa…a very special being..he was deep, complex and not cut of the ordinary cloth..

So many buy into pop publicity about Trungpa…he was elusive, strange, and a brother from another planet..What he created, Naropa is a great place…if we look at those who call him a teacher we can see that many fine minds and spirits found him a source of enlightenment…He was whimsical and taught through humor and shock.

The story of Trungpa Rinpoche’s connection with Alan Watts, as told by Sam Bercholz.
Alan spent his last days with Rinpoche.