He will be the first Latino poet to be appointed to the position.

“This is a mega-honor for me,” Herrera said in the announcement, “for my family and my parents who came up north before and after the Mexican Revolution of 1910 — the honor is bigger than me.”

A poet of Chicano descent, the 66-year-old has spent just about his whole life on the West Coast. Born to a family of migrant farmworkers, Herrera bounced from tent to trailer for much of his youth in Southern California, eventually going on to study at UCLA and Stanford. 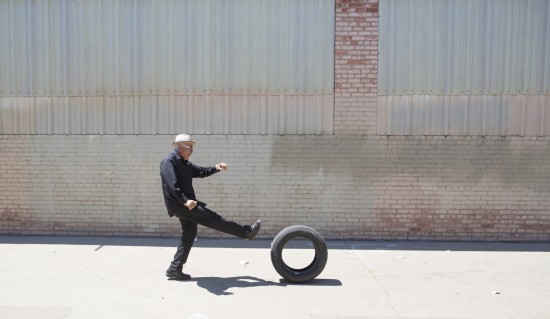 FIVE DIRECTIONS TO MY HOUSE

1. Go back to the grain yellow hills where the broken speak of elegance
2. Walk up to the canvas door, the short bed stretched against the clouds
3. Beneath the earth, an ant writes with the grace of a governor
4. Blow, blow Red Tail Hawk, your hidden sleeve—your desert secrets
5. You are there, almost, without a name, without a body, go now
6. I said five, said five like a guitar says six.

Odd to be a half-Mexican, let me put it this way
I am Mexican + Mexican, then there’s the question of the half
To say Mexican without the half, well it means another thing
One could say only Mexican
Then think of pyramids – obsidian flaw, flame etchings, goddesses with
Flayed visages claw feet & skulls as belts – these are not Mexican
They are existences, that is to say
Slavery, sinew, hearts shredded sacrifices for the continuum
Quarks & galaxies, the cosmic milk that flows into trees
Then darkness
What is the other – yes
It is Mexican too, yet it is formless, it is speckled with particles
European pieces? To say colony or power is incorrect
Better to think of Kant in his tiny room
Shuffling in his black socks seeking out the notion of time
Or Einstein re-working the erroneous equation
Concerning the way light bends – all this has to do with
The half, the half-thing when you are a half-being

How they stalk you & how you beseech them
All this becomes your life-long project, that is
You are Mexican. One half Mexican the other half
Mexican, then the half against itself.