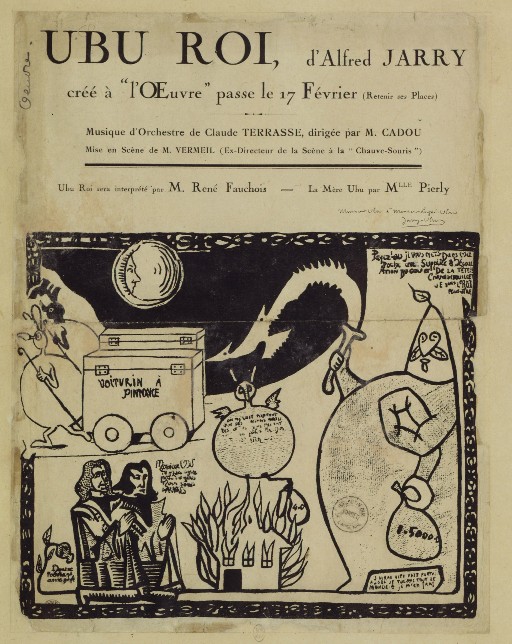 It is considered a wild, bizarre and comic play, significant for the way it overturns cultural rules, norms, and conventions. For those who were in the audience on that night to witness the response, including William Butler Yeats, it seemed an event of revolutionary importance. It is now seen by some to have opened the door for what became known as modernism in the twentieth century. It is a precursor to Dada, Surrealism and Theatre of the Absurd. It is the first of three stylised burlesques in which Jarry satirises power, greed, and their evil practices—in particular the propensity of the complacent bourgeoisie to abuse the authority engendered by success. 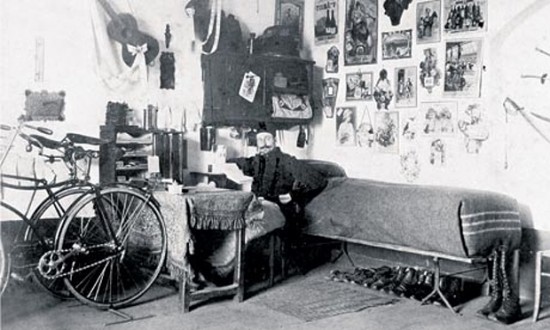 Both Burroughs and Ballard were inspired by him, he had a profound influence on the British authors associated with New Worlds magazine, and was admired by artists from Duchamp to Paolozzi as well as any number of playwrights, including Artaud, Beckett and Ionesco. His posthumous Exploits and Opinions of Dr Faustroll, Pataphysician has been cited several of today’s most innovative authors. This fine biography, written with loving honesty by Alastair Brotchie, is the best to date.

Alfred Jarry was played by an actress, Annette Robertson in Always on Sunday (a film by Ken Russell on Henri Rousseau’s bio pic)