RIP Chrsito is now with Jeanne-Claude 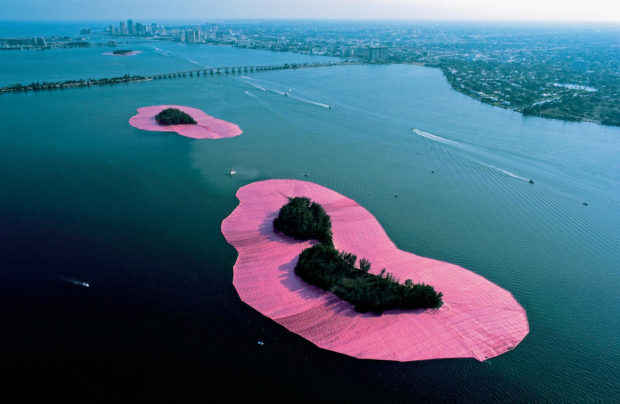 Christo… he lost his partner a few years ago.. Jeanne Claude they were both born on June 13.. they were like twins. When they wrapped the islands in Biscayne Bay Miami.. I lived in Miami Beach .. my house was on the waterfront.. saw this installation.. also sailed around the islands.

Christo and his late wife Jeanne-Claude have always been outsized influences on my art, even from the beginning. When I was lucky enough to be part of the team that was awarded a Bloomberg grant a few years ago for Breathing Lights, I was asked what artist I wanted to meet with about the project. I said Christo. Instead I got to meet with Maya Lin (not a bad second choice). I own all of their films and most of their books, and have studied them endlessly. Along with their immense impact on environmental art, I have also thought they they have never been properly recognized as the grandparents of social practice art. Their importance in my life cannot be underestimated. I so hope that their L’Arc de Triomphe project, which after initially being proposed 50 (!) years ago just received approval this year, will still move forward.
You were two of the good ones. Thank you, and goodbye.