Grace and Listless – Love of Garbage

“Interesting lists offer us not so much new rankings but new dimensions for evaluation. The lists that fill much of the Pillow Book of Sei Shonagon, lady in waiting to the Empress Sadako (also called Teishi) during the Hiean, are wonders. Each list evokes memories and sensations rather than judgments and thereby disagreements.”

Here is a refreshing essay on listmania at the end of year from 3quarksdaily. 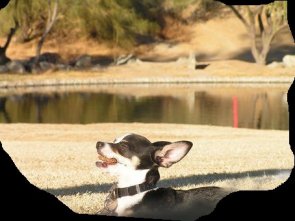 I have compiled a list of Lees for amusement.

Ang Lee and Spike Lee
The two were classmates at NYU in the early days. Ang Lee was
Spike’s assistant, cameraman, and dumplings chef.

Picke one: Ang or Spike. The site is old and the reality is Ang Lee got singled out more than any other directors in 2005. Spike made a film with Alex Tse about racial tension in San Francisco. Who has seen Sucker Free City?

Bruce Lee was honored in Bosnia this year.

Bruce Lee as stamps, all from Antigua, Tanzania and Gambia.

Bruce Lee’s mother was called Grace Lee.
Grace Lee is everywhere.
Do you know Grace Lee among your friends?
“With wit and charm, THE GRACE LEE PROJECT puts a hilarious spin on the eternal question, “What’s in a name”?

You must know someone who went to see Brokeback Mountains, even Richard Hell reviewed Ang Lee’s latest film.

Here are randam links nothing to do with the list of Lees.
The Wild Man – an interview with Christopher Dolye, the garbage mouth.

Three sad and beautiful films I saw and loved this year are,
“Time Out’ 2002 film by Laurent Cantet – “Nobody Knows” and “The Constant Gardner”.