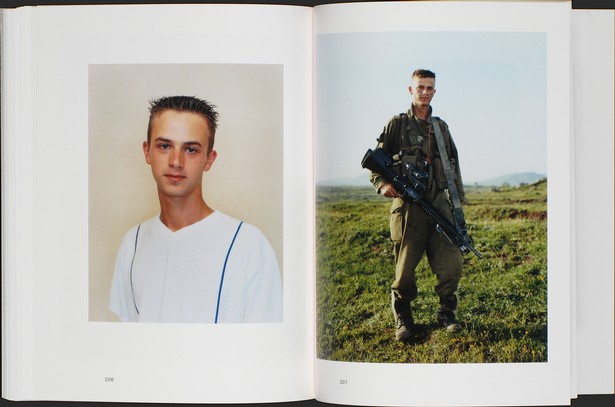 Below are some examples from one of those series. She did a large series of photos of young men and women who were joining the military (in different countries). She’d shoot an image of the individual just before they enlist and then go back and shoot other images of them at different points over the course his or her career. The resulting images show just how much the military changes a person, both physically and (evidenced by facial expressions and posture) mentally. See if you can find any examples of your own. (via) 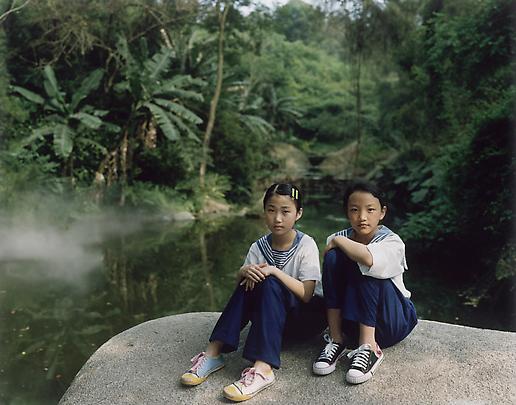 After hearing Richard Armstrong rightly classify Dijkstra as a “peerless” artist in an era of artmaking that often seems to lack authenticity, it is hard not to wonder why Dijkstra’s artwork does indeed feel so singular. The answer seems to be something of a paradox: because Dijkstra’s photographs are so openly inspired by the 17th century Dutch master painters, they are uniquely compelling as 21st century hyperrealist portraits. The Guggenheim retrospective, which includes seventy photographs and five provocative videos, shows us how Dijkstra draws from the artistic history of the Netherlands, and translates that inspiration into her unique contemporary work.

Rineke Dijiskstra – born on June 2 1959 in Sittard is a Dutch photographer. She lives and works in Amsterdam.