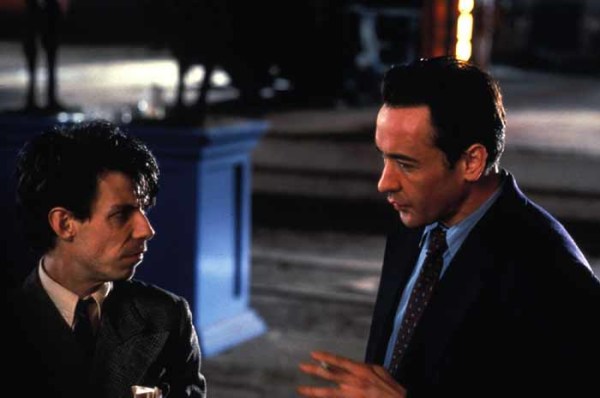 Noah Tayler as Hitler, John Cusack as an art dealer.

The central mystery of Hitler, William Boyd writes in a recent Times Literary Supplement, is: “How on earth could a dysfunctional, deranged, down-and-out homeless person in pre-First World War Vienna become, 20 years later, Chancellor of Germany?” A peculiar and intriguing film named “Max” argues that he succeeded because he had such a burning need to be recognized–and also, of course, because of luck, good for him, bad for us. If Hitler had won fame as an artist, the century’s history might have been different. Pity about his art.

“Max” imagines a fictional scenario in which the young Adolf Hitler (Noah Taylor) is befriended by a one-armed Jewish art dealer named Max Rothman (John Cusack) in Munich in the years following World War I. Both served in the German army and fought in the same battle, where Rothman lost his arm. The dealer opens an avant-garde art gallery in a vast abandoned factory, showcasing artists such as George Grosz and attracting important collectors–and Hitler, clutching his portfolio of kitsch. Rothman takes pity on this man and is friendly to him, moved by the pathos beneath his bluster. (Roger Ebert)

Kathy Bates made two films based on Stephen King, Misery and Dolores Claiborne and she won an Oscar with Misery.