Deprecated: Return type of HM\BackUpWordPress\CleanUpIterator::accept() should either be compatible with FilterIterator::accept(): bool, or the #[\ReturnTypeWillChange] attribute should be used to temporarily suppress the notice in /home/mutanteg/public_html/vitro-nasu/wp-content/plugins/backupwordpress/classes/class-path.php on line 456
 Meet Maxine Hong Kingston! – Vitro Nasu
Previous
Next 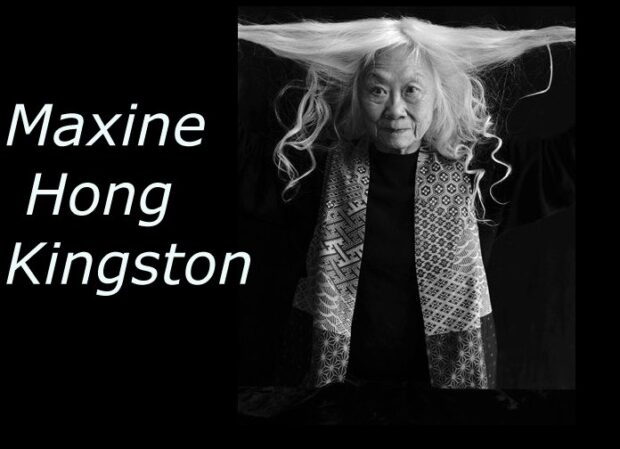 (Photo by Judy Dater – via)

In an interview published in American Literary History, Kingston disclosed her admiration for Walt Whitman, Virginia Woolf, and William Carlos Williams, who were inspirational influences for her work, shaping her analysis of gender studies. Kingston said of Walt Whitman’s work,
I like the rhythm of his language and the freedom and the wildness of it. It’s so American. And also his vision of a new kind of human being that was going to be formed in this country—although he never specifically said Chinese—ethnic Chinese also—I’d like to think he meant all kinds of people. And also I love that throughout Leaves of Grass he always says ‘men and women,’ ‘male and female.’ He’s so different from other writers of his time, and even of this time. Even a hundred years ago he included women and he always used [those phrases], ‘men and women,’ ‘male and female.’

I love In the American Grain because it does the same thing. Abraham Lincoln is a ‘mother’ of our country. He talks about this wonderful woman walking through the battlefields with her beard and shawl. I find that so freeing, that we don’t have to be constrained to being just one ethnic group or one gender– both [Woolf and Williams] make me feel that I can now write as a man, I can write as a black person, as a white person; I don’t have to be restricted by time and physicality.