And how right he was.
As well as in their professional lives, Mark Rylance and Harold Pinter were linked by their political activism, particularly in their opposition to injustice and war. Unsurprisingly, this led both to a close involvement with the Stop the War movement (STW), which was founded nearly two decades ago in response to the war in Afghanistan, and is one of the most significant mass movements in British history.

I think we communicate only too well, in our silence, in what is unsaid, and that what takes place is a continual evasion, desperate rearguard attempts to keep ourselves to ourselves. Communication is too alarming. To enter into someone else’s life is too frightening. To disclose to others the poverty within us is too fearsome a possibility.
Harold Pinter 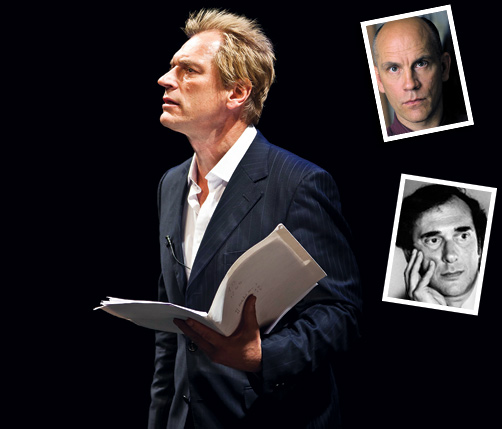 In his one-man show “A Celebration of Harold Pinter,” which he performs tonight at the Whittier College Writers Festival, the 55 year-old Brit reveals Pinter’s lesser known side—his surprising warmth and tenderness, as evidenced in his poetry, prose, letters, and the recollections and anecdotes of friends, including Sands himself. John Malkovich, with whom Sands previously worked in The Killing Fields, directs.

It is the dead of night,