A compact 255 pages this is a wide ranging exploration of topics in the global economy; synergies; good governance and independence of central bankers; corruption; money supply; stock markets; oil; stability; intellectual property; disruptions like weather events. Using the gimmick of first person accounts of their workday June 15, 2005 by various global actors we get an idea the the wide range of activity and complexity of the global economy. These first person narratives by some global economy globetrotters reminds us of the assessment of B. H. Bahbra’s diplomat Burnham:

They know so little. They are so small, so stupid, so arrogant, empty and assured, without even the wealth or empire which gave us our assurance. They travel without tasting. They look but do not see. 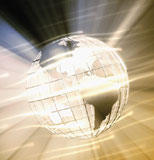 Altman asks if the financial system is becoming more vulnerable to the actions of a few. He sites the employee of private Swiss bank Julian Bar who stole virtually all client records, 169 megabytes worth.

In 1995 employee Nicholas Leeson in Singapore singlehandedly destroyed 233 year old investment bank Barings through his derivative trades. In 1996, Leeson published his autobiography, Rogue Trader. The book was later made into a film starring Ewan McGregor. Leeson today is a professional gambler and has written a second book on how to deal with stress.

In 1998 Long-Term Capital Management, a hedge fund masterminded by two Nobel Laureate economists lost so much on its interest rate bets that it had to be rescued by the Federal Reserve and a group of Wall Street giants. The Fed believed that letting LTCM go under would have destabilized the entire worldwide financial community.

Wall street has had to implement a system which automatically stops all trading if the market makes too big a move. Program electronic trading reacts instantly and automatically (without human intervention) to big falls in prices. Again, this shows how unstable the global financial system is today.

Altman speculates about what would happen if a rogue employee at Moody’s suddenly downgraded the US Treasury Notes and Bonds by a single notch. This single individual action could automatically trigger an electronic sell off on such a massive scale as too destabilize the the entire world and put the US government at risk of insolvency, unable to borrow to cover its massive indebtedness.