Having read and commented on several works detailing the financial meltdown, including IOU, How Markets Fail, Too Big To Fail, and House of Cards , this reader still felt that something was missing from the account; how could all these “masters of the universe” have been so monumentally stupid as to not see the disaster they were inevitably creating?

Along comes Lewis, who chooses to focus on four individuals who saw the disaster coming before others and found ways to personally profit from the disaster by inventing new “shorting” strategies. Some reviewers have focused on David Einhorn who features in Sorkin’s work for his alleged role in leading the charge to short Bear Sterns and ultimately bring down the first Wall Street firm to fail. But this book puts the focus where it properly belongs on Dr. Michael Burry, a medical doctor who first became interested in investing while working long hours as an intern. He not only found time to research and invest while working long hours but started blogging about his research and investment strategies, thus coming to the attention of other investors. Interestingly, unlike Einhorn, whose primary investment strategy was looking for firms to short, Burry started out as a value investor in the mold of Warren Buffet. A value investor looks for companies whose stock price is so depressed, the company would be worth more if it were liquidated. Burry became so successful in his strategy he actually (thanks to his blog) got some New York investors to create a fund that he would manage. This fund effectively put an end to Burry’s career as a practicing doctor. 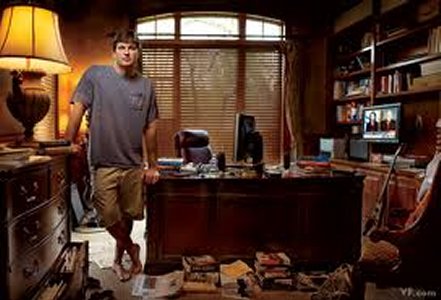 Then, around 2004, for whatever reason but probably simply curiosity, Burry started researching the new sub-prime mortgage instruments deemed by most too complex to understand. Lewis believes that Burry was perhaps the only person in the entire world (perhaps other than the lawyers who created them) to read and understand the documents used to create these new instruments. Burry immediately intuited that these instruments were ticking time bombs and he picked a few to study in depth to understand the probable time line of their demise. But Burry had a problem. There was no obvious way to profit from his advanced knowledge of what was about to unfold in the market. 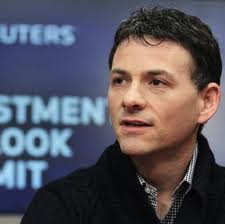 Burry had been aware for a couple years of something called a credit default swap (CDS) which was actually an insurance policy one would take out on a corporate bond. Burry thought such an instrument was need for sub-prime mortgage “bonds” and convinced some wall street firms to offer them starting around 2005. The CDS then allowed Burry and others, like Einhorn, to place bets against specific sub-prime mortgage “bonds”. The really interesting thing I hadn’t previously realized was that one could buy a CDS on a mortgage bond without actually buying the bond itself. This is a bit like companies buying life insurance policies for their employees with themselves as beneficiaries. Burry is thus “patient zero” in the creation of an entire industry (admittedly small) dedicated to shorting the sub-prime mortgage market. Curiously, only a handful of people and institutions (four of which feature in this book) followed Burry into this market for shorting bonds. It was only at the end toward the collapse, that most of wall street who were holding these ticking time bombs started buying their own “insurance”. It was this last minute flurry that caused such huge losses at AIG (the biggest underwriter of CDS) and which resulted in much of TARP money making good on insurance payouts.

Most reviews of this book are misleading and lead one to wonder if reviewers actually bother to read the books they review. A somewhat lengthy excerpt was published in Vanity Fair around the time of publication that gives a an accurate sense of the book and of Burry’s central role in the market for shorting sub-prime mortgage bonds.

For this reader, one of the best aspects of Lewis’ book was not the figuring out how to bet against the collapse of this huge financial market, but the actual living through the demise from the point of view of those who had made huge bets that the market would collapse. First, sub prime mortgage bonds were not sold in a normal market with transparency and a readily available marketplace where they could be traded under fair and regulated conditions. So if a sub prime mortgage bond has clearly failed and insurance is owed, who exactly is responsible for declaring it worthless.

Our small group of shorters were shocked to discover how many of these bonds were still held by big Wall Street and banking firms as they failed. They naturally assumed that since it was obvious to them these bonds would blow up, the smart people running the big firms would know this as well and would have long since sold the ticking bombs to some other dumb suckers. They didn’t and when it finally dawned on the big firms they quickly started buying their own insurance policies at the last minute, transferring at least some of their liability to the underwriters like AIG. During this period while they were busy buying their own policies they had every incentive to hide the fact that the bonds had already failed. But here again, some firms were also underwriting and holding the bonds at the same time (monumental stupidity) and they reacted to the failure of the bonds by denying the bonds were worthless.

Without defined marketplaces and without well understood and enforced rules how were the shorters to get clear declarations that the bonds they were betting against had actually failed and the insurance was therefore owed?

Finally the scales tipped with TARP and some of the most toxic bonds were declared to have failed. The next big hurtle to getting paid was the likelihood that the insurers would themselves become insolvent and no insurance would be forthcoming. Again, step in the federal government to prop up the insurers and allow the shorters to be paid.

So these handful of people foresaw the collapse, figured out a way to bet that it would collapse, and profited by that collapse. Did they celebrate? By Lewis account most were shocked by the magnitude and breadth of the disaster they themselves predicted. After months of concern that they would ever see their bets pay off, most were equally shocked that Federal government intervention was almost the sole means by which their bets were made good. So there doesn’t seem to have been celebrations that these few had got it right and had been able to profit from being right. Many are now in new lines of work or have reverted to previous investment modes like Burry’s original value investing.

Shorting a world wide economic collapse didn’t, in the end, feel too good. Good reading, fascinating characters, and even a moral tale. who would have thought.