Some trivia from (IMDB )

On why Jim Jarmusch dedicated “Broken Flowers” to Jean Eustache.

There’s something in him that I want to carry in myself: making a film the way you choose to make it, true to yourself without being concerned with the marketplace or anyone’s expectations – just the pure spirit of wanting to express something in your own style. That’s very important to me.(via)

Jim Jarmusch is working on a new film – a vampire movie no less! – featuring Tilda Swinton, Mia Wasikowska and John Hurt, to be shot in Germany, Morocco and Detroit in early 2012. (wiki)

What happend to his Nikola Tesla Opera?

(Repost – his Mitchum stories are too funny.) 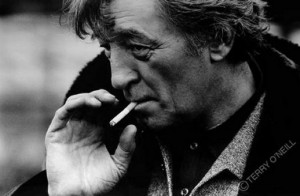 J.J. in Bored to death

The beauty of life is in small details, not in big events.

Not dead, no broken flowers, no stranger in paradise.. mystery train? maybe..
definetely coffee and cigarattes..and let’s spend a night on earth driving taxis all over the world.