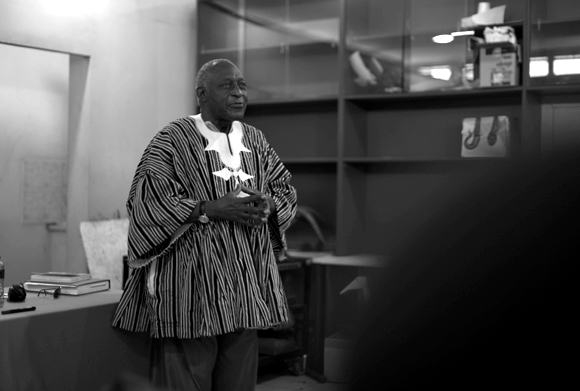 R.I.P Kofi Awoonor (Letter from Nairobi: “I Will Say It Before Death Comes” Posted by Teju Cole – NewYorker)

On Saturday, September 21st, the Ghanaian poet Kofi Awoonor was shot dead at Nairobi’s Westgate mall by terrorists. He was one of dozens of innocent victims of the massacre, for which the Somali group Shabaab claimed responsibility. I was about a mile away during the attack, giving a reading at the National Museum. During the reading, as word of the attack filtered in, people answered their phones and checked their messages, but, onstage and oblivious, I continued taking questions from the audience, including one about “the precariousness of life in Africa.”

Book blogger Kinna Reads congratulated Professor Awoonor for his command of language, saying “He spoke Fanti as fluently as Ewe”. Professor Awoonor’s early poetry was heavily influenced by the dirge-singing traditions of his native Ewe tribe.