After the Apocalypse; America’s Role in a World Transformed, Andrew Bacevich, 2021 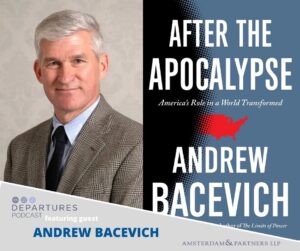 Created near the end of the Vietnam War, the All-Volunteer Force has since entrenched itself as a permanent feature of American life…it belongs to the category of arrangements that citizens and elected officials alike tacitly treat as sacrosanct. Yet as the wars in Afghanistan and Iraq demonstrated, the All-Volunteer Force is out of sync with U.S. global ambitions. Even so, as if enshrined in the Constitution, the post-Vietnam military system remains fixed in place. As a consequence, the problem of too much war and too few soldiers eludes serious scrutiny. Expectations of technology bridging that gap provide an excuse to avoid asking the fundamental question: Does the United States possess the military wherewithal to oblige adversaries to endorse its claim of being history’s indispensable nation? And if the answer is no. as the post 9/11 wars in Afghanistan and Iraq suggest, wouldn’t it make sense for Washington to temper its ambitions accordingly?

As national security supplanted national defense, protecting the American people was demoted to the status of a lessor concern. When it came to designing and deploying U.S. forces, other priorities took precedence. The perceived imperatives of national security during the Cold War provided a rational for raising up immense nuclear forces, permanently garrisoning Western Europe with large troop contingents, and fighting costly wars in Korea and Vietnam. Mere national defense would never have sufficed to justify the many billions expended on each of these undertakings. Each was sold as contribution to a broader purpose.

“Forward Presence” and “Crisis Response” comprised the cornerstones of this new (post Cold War) strategy. Keeping U.S. forces “deployed throughout the world” would demonstrate “commitment, lend credibility to our alliances, enhance regional stability, and provide a crisis response capability.” Forward presence and crisis response went hand in glove. Taken together, they would enable the United States to deal with any problems that might crop up anywhere on the planet, keeping Americans safe and enabling them to enjoy freedom. While the disappearance of the Soviet Empire made it difficult to identify those threats with any specificity, the NMS (National Military Strategy) pointed to “the intensification of intractable conflicts between historic enemies” as a concern, along with nuclear proliferation, drug trafficking, and the “continuing struggle to improve the human conditions throughout the world”. “The real threat we now face is the threat of the unknown, the uncertain.” In sum, as it ventured into that uncertain future, the U.S. military would surely have plenty of work to do.
The 1992 NMS did not mention the possibility of nature itself posing a problem. In the Pentagon, Dr. Hansen’s warning went unheeded, as it did again in the 1995 NMS, that document made passing mention of disease, but without proposing a plan of action. Climate per se went unmentioned, as it would in the subsequent editions of the National Military Strategy published in 1997, 2004, and 2015.

On occasion,the United States has found itself face-to-face with threats that did not conform to the profile of Pentagon-preferred adversaries. On each such occasion, with the American people gripped with fear, the existing national security paradigm was found wanting.
The first occasion was the Cuban Missile Crisis, the second 9/11, and the third the coronavirus pandemic of 2020. Seemingly unrelated, these three episodes lay bare the inadequacies of the prevailing national security paradigm. 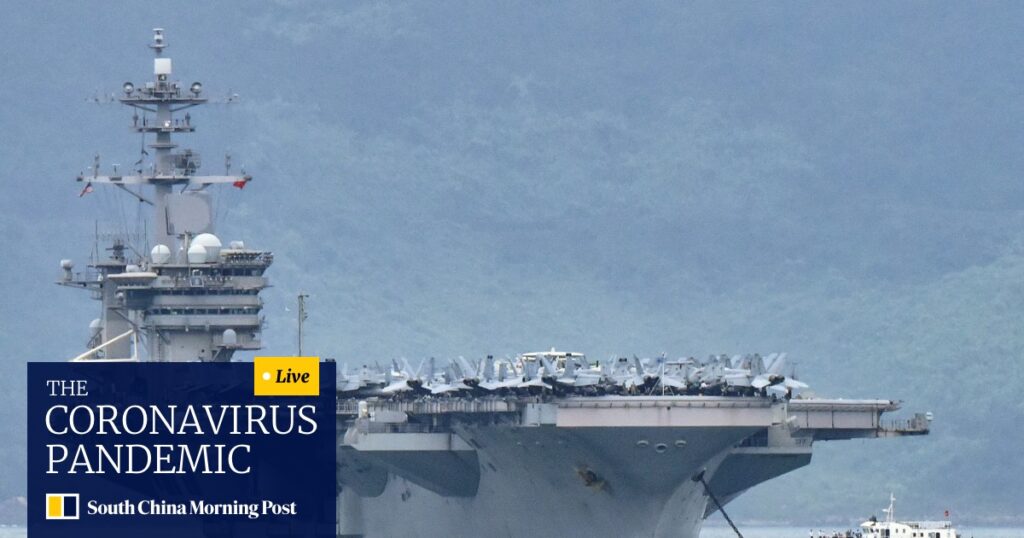 Coronavirus Puts the USS Theodore Roosevelt out of action

It remained for COVID-19 once and for all to truly drive home the shortcomings of the existing national security paradigm. In 2020, pursuant to that paradigm, the United States was spending approximately a trillion dollars per year. As the coronavirus pandemic ravaged the nation, that lavish expenditure of resources was all but irrelevant to the problem at hand.