Why China Will Not Rule the World

The China Boom; Why China Will Not Rule the World, Ho-fung Hung 2016 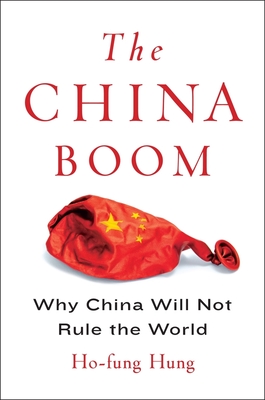 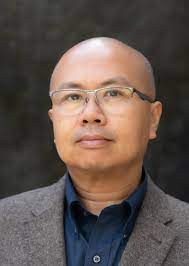 Hong Kong born Hung is a sociologist who has studied capitalism and Chinese history extensively. This book sites the many studies and research about the rise of modern China, its politics, economics, its capitalist development, and its place in the global world order. Here is a short summary of his conclusions.

Amid the late twentieth-century rise of global neoliberalism, under which the United States and Europe shifted to financial expansion, debt-driven consumption, and reliance on imported manufactured goods from low-wage countries, China eschewed central economic planning and absorbed substantial foreign-capital accumulated during the industrial takeoff of its Asian neighbors, particularly those of Chinese diasporic origins, turning itself into a dynamic center of export-driven capitalism…It is apparent that China has no intention of or capacity for transforming the global neoliberal order because the China boom has been relying heavily on transnational free trade and investment flow. China also makes significant contribution to the perpetuation of U.S. global dominance through its addiction to U.S. public debt. 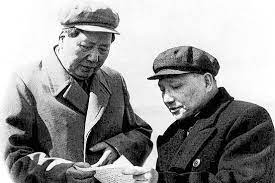 ..SOEs (State Owned Enterprises) and state control of the marketing of agricultural products as a means to speed up rural surplus extraction and industrial capital accumulation began in certain KMT (Kuomintang) controlled areas before 1949. What the CCP (Chinese Communist Party) did after 1949 was to expand this state-owned sector to the whole economy and to collectivize agriculture, turning the state into the sole agent of capital accumulation. As a consequence, China managed to build an extensive network of heavy industries and infrastructure despite its international isolation in 1949-1979. It also successfully defended its sovereignty and geopolitical security vis-a-vis both the United States and the Soviet Union. The Mao period in China represented the culmination of a century of the state elite’s quest for state-led industrialization…the expansion of KMT-controlled state enterprises, the successful land reform, and the rise of state-directed rural cooperatives that facilitated agriculture-to-industry surplus transfers in Taiwan can be seen as a mild variation of SOEs and the People’s Commune in Mao China. This continuity attests to Immanuel Wallerstein’s provocative formulation that “actually existing socialist countries” emerging in mid-twentieth century were always part of the capitalist world system and that their socialist system has been little more than a strategy of rapid capital accumulation and industrial catch up under the strong hands of mercantilist states.

In retrospect, many Deng and post-Deng reform measures would not have been that successful had it not been for the legacies of the Mao era. The SOEs and infrastructure constructed in Mao times, though moribund and unprofitable at the advent of reform, were important foundations for the capitalist takeoff during the reform period. For example, many foreign companies investing in China did not start from scratch but began as joint ventures with preexisting SOEs. At the same time, many SOEs developed into sizeable transnational capitalist corporations with financial and policy support from the state, though ownership changed from the state by itself to other combinations — for example public listing but with the government owning a majority share. Most of China’s biggest corporations today originated in the Mao era or were built on state assets developed in that era…It is not surprising that many other former socialist countries in Russia and Eastern Europe have also witnessed a similar predominance of state corporations.

Other Mao-era legacies include the restriction of rural-urban migration by means of the household registration system and public investment in rural education and rural health care in the People;s Communes. These policies created a generation of literate and healthy rural laborers available in great numbers for private, export-oriented enterprises as well as TVEs (Township and Village Enterprises) from the 1980s on. The self reliance policy in the Mao period prevented the large-scale external borrowing in the 1970s that many other developing or socialist countries indulged in, thus sparing China from the international debt crisis in the 1980s that brought large setbacks to the developing world and the Soviet bloc.

China has not challenged U.S. global dominance despite its leader’s postures and its nationalist press’s rhetoric. On the contrary, it has been a key force in helping perpetuate U.S. global dominance. China’s SOEs have been transformed into U.S. style capitalist corporations, many of them with the aid of Wall Street financial firms, and floated in overseas stock markets such a Hong Kong and New York. China’s export-oriented growth relies on the United States and Europe, the two biggest markets for its manufactured goods, and China’s exports to both places have been paid for mostly in U.S. dollars. The massive flow of U.S. dollars into China in the form of trade surplus impels China to invest addictively in U.S. Treasury bonds as the most liquid and largest US dollar-denominated store of value.Since 2008, China has replaced Japan as the biggest foreign creditor to the United States, and such financing enables the United States to continue living and fighting beyond its means. This investment in U.S. Treasury bonds in turn facilitates the perpetuation of the global dollar standard, which has been the single most important foundation of U.S. global power. The foreign exchanges brought in by China’s export sector have been the foundation of the state banks’ profligate creation of liquidity that fuels fixed-asset investment. In short, the China boom relies on the global free market instituted and warranted by the United States. It is thus far from China’s interest to undermine the global neoliberal status quo and U.S. leadership in it.

Any readjustment of the structure of capitalist development in China will have to involve an increase in domestic consumption’s share in GDP and a corresponding reduction in export and investment’s share…such restructuring must be associated with a profound redistribution of wealth and income that will let average households share a larger slice of the pie of the expanding economy, reducing the advantages that the state has been offering to the export sector and state enterprises, both of which have been protected by the entrenched interests in the political process. Such readjustment, coupled with the cleaning up of existing bad debts in the system, will inevitably bring a slowdown in economic growth through either a disorderly hard landing or an orderly soft landing…Although such a slowdown is inevitable and normal in the adjustment and rebalancing process, it is unknown whether existing political institutions in China can withstand it.