Two post war German artists died a month apart. Bernd Becher pioneered conceptual photography. While Becher was cool, Jorg Immendorff, was hot, angry and acted out in the form of protests and performances with his works. 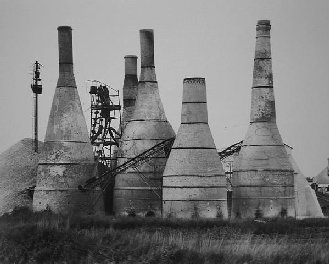 Bernd Becher, known with his wife, Hilla, for photographing relics of industry in the changing urban landscapes of late-20th-century Europe and the United States, died on Friday in Rostock, Germany. He was 75.

His influence as a teacher is measured by the success of well-known students like Andreas Gursky, Candida Hofer, Thomas Ruff and Mr. Struth.
(Via NYtimes)

Andreas Gursky: In memory of Bernd Becher, a much loved and respected teacher and friend 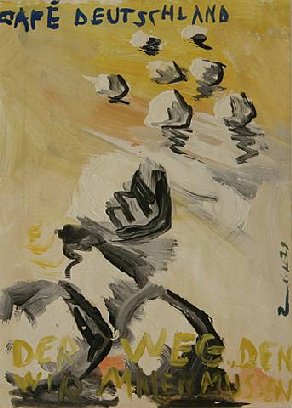 Marcel’s Salvation (Must see this!)

Towards the back of the scene lies a brighter framed image: this is no ordinary lounge, but a private celebrity chamber of Café Deutschland. Figured with his favourite cigars and chessboard, and tuxedoed waiter bringing tipple, Duchamp accepts a light from the always hatted Joseph Beuys.
Seeming to wallow in his own chain-smoking reclusiveness, Immendorff renders Duchamp as a rat-packish figure from another era. High class tinged with sadness, he cuts through with an energetic doodle of slapstick zaniness.

“I wanted to be an artist” by James Rosenthal (Artcritical) 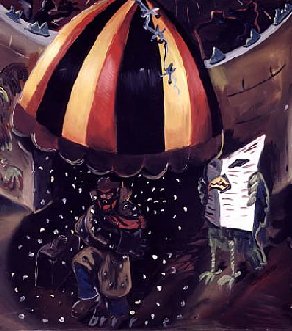 Brrr (Title of the painting)