Wake Up the Hamster – George Carlin 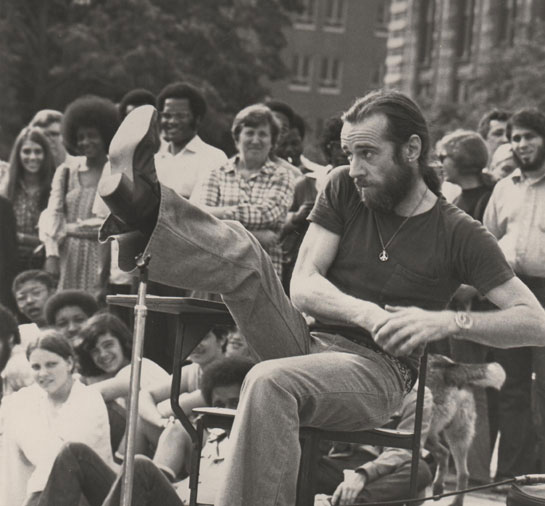 What is your greatest fear?
To lose the power of speech.

What do you most value in your friends?
Their ability to exchange overcoats while running at full speed.

Wake up the hamster, from Carlin’s homepage.

The jester makes jokes, he’s funny, he makes fun, he ridicules. But if his ridicules are based on sound ideas and thinking, then he can proceed to the second panel, which is the thinker—he called it the philosopher. The jester becomes the philosopher, and if he does these things with dazzling language that we marvel at, then he becomes a poet too. Then the jester can be a thinking jester who thinks poetically.

I went to a bookstore and asked the saleswoman, “Where’s the self-help section?” She said if she told me, it would defeat the purpose.

There are nights when the wolves are silent and only the moon howls. – George Carlin (via)