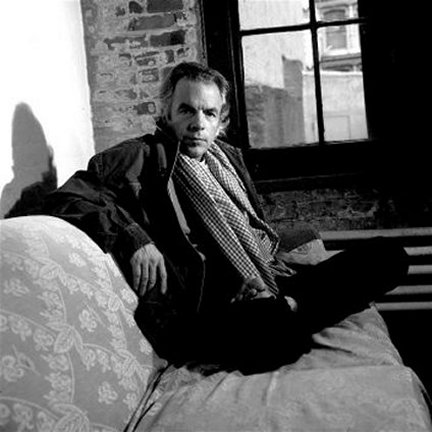 The owner of Dean & Deluca lived above him and he said he was driving him crazy. We sat and talked through a NYC thunder storm…(Paul Waldman)

On January 11, 2004, Gray was declared missing. The night before his disappearance, he had seen Tim Burton’s film Big Fish, which ends with the line, “A man tells a story over and over so many times he becomes the story. In that way, he is immortal”. Gray’s widow, Kathie Russo, has said, “You know, Spalding cried after he saw that movie. I just think it gave him permission. I think it gave him permission to die.”

Among those from whom Gray sought treatment was Oliver Sacks, a neurologist. Sacks began treating Gray in August 2003 and continued to do so until almost the time of Gray’s death. In an article by Gaby Wood published on the first anniversary of Gray’s disappearance, Sacks proposed that Gray perceived the taking of his own life as part of what he had to say: “On several occasions he talked about what he called ‘a creative suicide.’ On one occasion, when he was being interviewed, he thought that the interview might be culminated with a ‘dramatic and creative suicide.’” Sacks added, “I was at pains to say that he would be much more creative alive than dead.”

What Spalding Gray left us

As Gray describes Merton’s death, “the Trappists sent him to Southeast Asia to research Buddhism. He stepped out of a bathtub, touched an electric fan and died instantly.”
This account, as it happens, dramatizes the conflict found throughout Gray’s extensive journals: between his own relentless search for transcendence (“perfect moments” and the like) and the often shocking absurdity of worldly contingency of the sort that will, eventually, tragically, short-circuit him too.

I remember standing in that second-story window and looking down, wondering if I really had the courage to jump and if I did would it kill me from such a small height. I think I figured I’d just break a leg or something and end up in a cast for the rest of the summer, and that would be much better than dying because of all the attention I’d get. But then I also realized that Mom wouldn’t be able to give me any attention, because she was cracking up and needed all of it for herself.