“S is For Stanley”, an Intimate Documentary film of Stanley Kubrick’s Driver/Handyman/

Emilio D’Alessandro, left, and Stanley Kubrick in the documentary “S Is for Stanley.”
S For Stanley (See a trailer here)
S Is For Stanley is a most delightful film, about a competent driver with modest ambition became indispensable to a genius filmmaker.

Much like Weegee, Stanley Kubrick started his career as a photographer on the streets of New York & contributed era defining shots to LIFE magazine. Kubrick admired Weegee’s photographs & during shooting of Doctor Strangelove employed him as a stills photographer. When Peter Sellers heard Weegee speak he apparently used Weegee’s peculiar voice as the basis for that of Dr Strangelove!

Kubrick, Carl Jung and Arthur Schnitzler (Previous post)
Kubrick was thinking a lot about ‘The Shadow Concept’ and decided to explore that in his next war film. 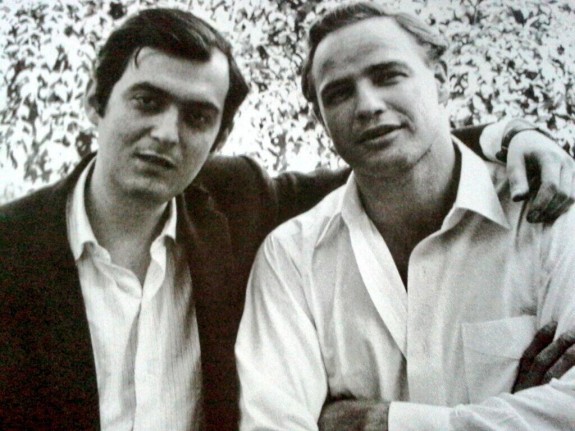 With Marlon during the making of One Eyed Jack.