Homewreckers; How a Gang of Wall Street Kingpins, Hedge Fund Magnates, Crooked Banks, and Vulture Capitalists Suckered Millions Out of Their Homes and Demolished the American Dream, Aaron Glantz, 2019 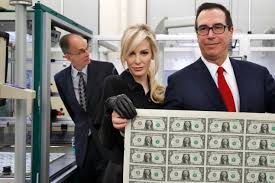 10 million Americans lost their homes as a result of the Financial Crisis of 2007-2008. By 2010 more than 10% of Americans were unemployed. The Financial Crisis left 45 more million Americans below the poverty line. This book focuses on a handful of predators whose actions would not have been possible without the full cooperation and assistance of the Federal government and the Obama administration. Most of those houses became rentals owned by a handful of huge LLC limited partnerships. The new owners of all these houses are holding them waiting for real estate prices to recover sufficiently to satisfy their greedy requirements to profit from a disaster. These houses are not available to individual home buyers which is artificially driving the prices of homes higher. Charts (not shown in this book) illustrate the changes. 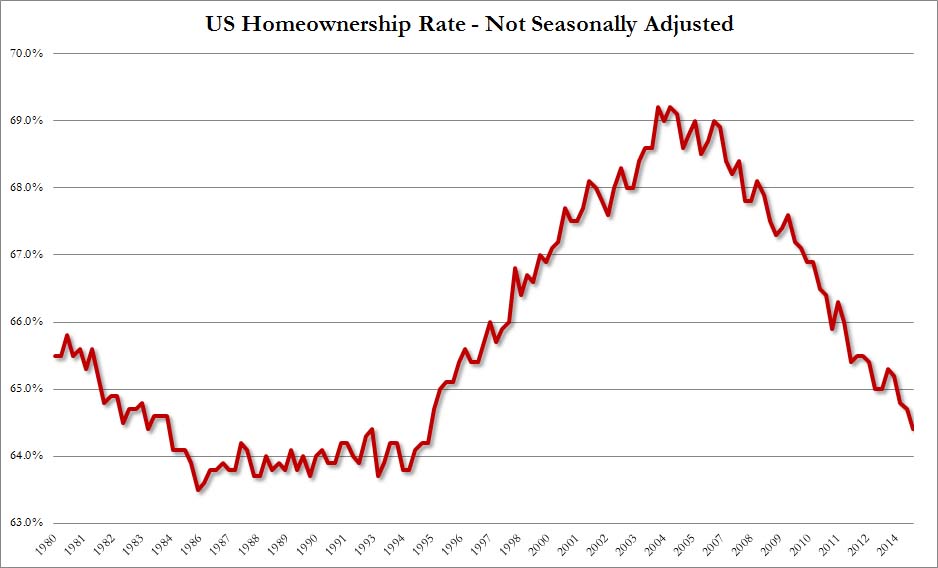 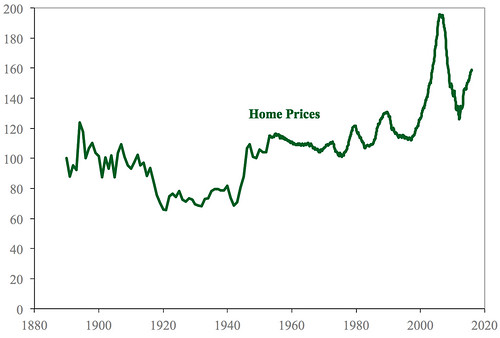 The financial crisis of 2007-2008 was the direct result of a Federal government failure of regulation of the banking industry and the confusion of FDIC banking with Wall Street style speculation. Three critical changes were required to assure it didn’t happen again: 1) Reestablish the Glass-Steagall Act to again separate FDIC regulated banking from Wall Street Speculation. This act was passed in 1933 and repealed in 1999 under Clinton. 2) Severely Regulate or outlaw financial derivatives, created by the Commodity Futures Modernization Act of 2000 signed into law by Clinton. 3) Break up the big banks and separate their FDIC insured portions from their Wall Street operations. Since all banks were insolvent by 2008, the FDIC had full authority to take over all banks, remove all management, and do whatever was necessary to restore sound banking practice. See also Sheila Bair’s book. The Obama administration did none of these things. These three changes were necessary and possible but re regulation would have required even more changes before banking could return to its rightful boring self. The blame for what happened to those 10 million American families who lost their homes couldn’t be clearer. Clinton broke banking and Obama didn’t fix it even though he could have. Now this book;

Through all of this, the administration of Barack Obama, like George W. Bush’s before him, did very little to stem the tide of foreclosures. …Congress passed a massive bank bailout that did little to help individual borrowers. The terms of the deals the federal government brokered afterward, like the sale of IndyMac to Steve Mnuchin’s group of hedge fund managers, encouraged foreclosures.
Then, as foreclosures spiraled out of control and the number of vacant and foreclosed homes mounted, the federal government did almost nothing to prevent communities from collapsing entirely…The Neighborhood Stabilization Program, extended grants to hard-hit communities to provide “emergency assistance to stabilize communities with high rates of abandoned and foreclosed homes.” …A typical NSP grant went to Riverside, California, where fourteen thousand homes were lost to foreclosure… The city…received just $6.5 million–barely enough to buy fifty homes (not even 1 percent of Riverside’s foreclosures). 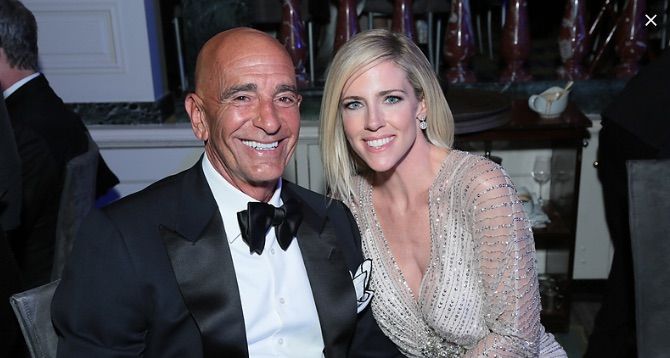 The Depression era HOLC, by contrast, acquired nearly two hundred thousand properties through foreclosure. 90 percent of those home were sold to families. The Obama Federal Housing Finance Agency, which oversees Fannie Mae and Freddie Mac, simply bundled foreclosed houses into blocks sized between 500 and 10,000 homes at a time to be sold to the Federally subsidized (bailed out) banks and eventually to vulture LLCs. The banks had no intention of finding individual buyers and issuing mortgages so all these homes so they unloaded then in bulk to the vulture LLCs. No attempt was made to determine if the buyers were qualified to manage these properties. There were no promises by buyers to maintain the properties, keep rents affordable, or engage with the community. The home were simply dumped by the government and the banks. And house prices kept dropping through 2012. Las Vegas, Phoenix, Spokane, Riverside and San Bernadino County saw prices drop more than 50 percent. By late 2011 the fire sale was on. The book features Tom Barrack whose source of money to make the home purchases is murky but involves the Cayman Islands and strong suspicions of money laundering and tax evasion. It all ends with Delaware (Biden) LLCs and ultimately to Barrack’s parent company, Colony Capital LLC. Colony eventually amassed an empire of 31,000 houses, rivaling the size of Blackstone’s house empire. Chase lent Colony $1.1 Billion for 7,563 homes. This giant bundle created a derivative that was carved up into tranches and sold on the bond market. But the two LLC predatory vulture groups featured in this book taken together total about 60,000 houses which represent about .6 percent of the 10 million houses lost. Where are the rest of those 10 million houses?

The book outlines the takeover of two failed banks, BankUnited of Florida, and IndyMac of California. Both deals were very costly for the government and resulted in private equity LLC ownership by wealth seeking individuals without a shred of empathy for who was hurt by their actions. The preditors see themselves as simply taking advantage of market opportunities presented by the federal government.

Attention is also given to the unloading of OneWest bank to a who’s who of investors for $1.6 billion. The deal left the government on the hook for any losses incurred in dumping the bank’s mortgages. When the new owners stripped and sold the bank, their return was $5 billion tripling their investment in less than 5 years. The investors included George Soros, John Thain, John Paulson, J.C. Flowers, and others. 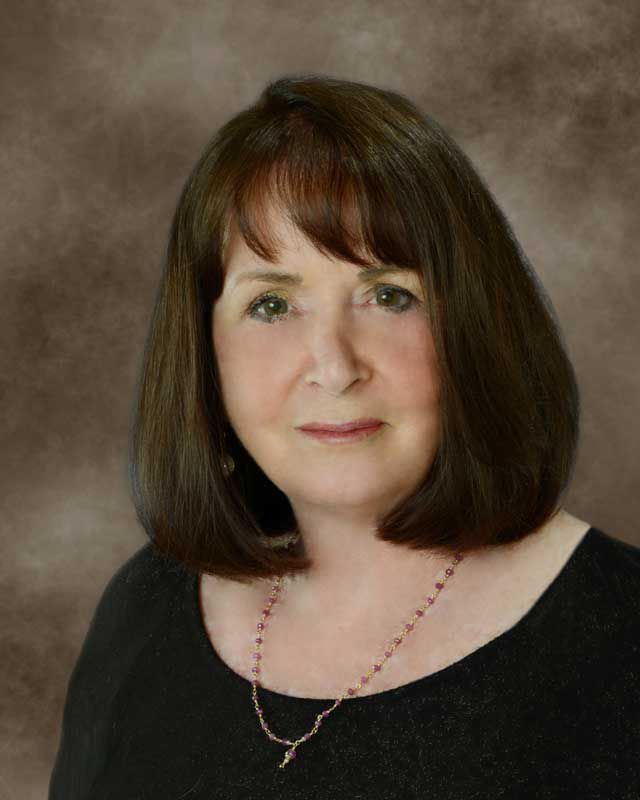 Drawing special attention here is the reverse mortgage for the elderly, pioneered during the Reagan years but kept small by government rules. By 2006, the cap was raised to 275,000. Even the government was selling them and packaging its own fully guaranteed reverse mortgages into mortgage backed securities, sold and sliced by the same speculators that brought down the whole system. Most troubling, subprime specialists like IndyMac started selling reverse mortgages using “boiler room” sales tactics and preying on seniors lacking the mental capacity to understand the contracts they signed. Glantz features one deal involving an elderley wife with Alzheimer’s and a dying husband unable to understand the reverse mortgage he was agreeing to. When the husband died, the daughter Sandy Jolley moved back home to care for her mother and fight off foreclosure. In any system with a functioning justice system, the reverse mortgage contracts would have been vacated, the home restored, and damages assessed. None of this happened but Jolley kept fighting, assembling a large group of similarly displaced homeowners and becoming a federal whistle blower. Twelve years after her parent’s reverse mortgage was signed, the case was settled in 2017 with a typical slap on the wrist award and no admission of wrongdoing. Sandy Jolley’s whistle blower’s reward was $978,000.

Too big to fail ($50 billion plus in assets enshrined under Dodd-Frank now raised to $250 billion) Chase bank acquired Bear Sterns and Washington Mutual Bank in 2008. Wells Fargo acquired Wachovia Bank in 2008. Bank of America acquired Merrill Lynch in 2008. All banks accelerated their foreclosure and bundled them for sale to vulture capital LLCs as the easiest way to get the houses off their books, and the Obama government was guaranteeing any losses incurred. All banks greatly decreased their mortgage business and offered mortgages only to customers with high income and impeccable credit. From 2014 to 2016 Chase issued six thousand mortgages under the FHA program (usually used by first time buyers). During this same period Chase loaned Tom Barrack’s Colony $3.3 billion as it created six mortgage backed securities covering 23,000 homes. For first time home buyers an entire generation has had no reasonably priced starter homes and no way to buy the few that were out there. Yet the Federal Reserve held interest rates at near zero throughout the period. Practically, this has meant FDIC deposits are practically free for banks and cheap money was available for speculation and vulture purposes.
The Vulture LLCs that acquired all these houses, bundled them into large groups and securitized them using the same vehicles journalists were calling weapons of mass destruction in 2008. The bundles were diced into trenches to receive different ratings by the same agencies like Moodies who contributed to the 2008 collapse. Typically 80 percent of the bundles received AAA ratings. Glantz researched a tiny Los Angeles Home which listed a mysterious LLC as owner and a lien for $500 million (later refinanced for $900 million).

When housing prices reach a suitably high level, no doubt the LLCs will start selling their huge collections of houses but for the time being they can continue to collect ever increasing rents while spending a minimum on maintenance. Expect these houses to be in awful shape when they eventually reenter the housing market as single family homes.

An article in RCLCO real estate advisors in 2016 found that the seven largest LLCs owned and rented out a total of 170,000 single family houses. A chart in this article shows that single family rental units now comprise 35 percent of total rentals. If there are 43 million renters, then 15 million would be renting single family units. The 10 million foreclosed homes must represent a very sizable portion of these rentals. The article puts the increase in occupied single family rentals during the period 2005-2014 at 3.8 million (probably under estimated) while the increase in single family ownership increased by just a tiny 482,000. It appears the government does little to actually track statistically what happened to foreclosed houses or to track what the deals assuring that banks or LLCs wouldn’t lose money from foreclosures actually cost the government. Mother Jones in 2009 put the financial crisis federal bailout cost at a staggering $14.4 trillion. At present, we seem to have no accurate way to determine what happened to the bulk of those 10 million foreclosed houses. The $14 trillion figure also appears in Ron Suskind’s 2011 Book.

Many of the vultures moved to the Trump administration and the administration’s big tax reduction giveaway showered particular largess on corporations and LLCs.