Miranda July at the End Of May + Tavernier, Jane Birkin & Merchant

Bravo to Miranda July, go here and read her Code Bravo, a strange and magical trip back to Cannes from Seattle. Look forward to seeing her film “Me and You and Everyone We Know”

(Miranda’s film title reminds me of another critically acclaimed film that I have yet to see, “Nobody Knows” by Kore-eda. )

Saw “Safe Conduct” by Bertrand Tavernier.
The film is almost 3 hours long. The first half was a bit frantic and confusing but the last half the film began to take shape and delivers.
Filmmaking under Nazi rule during the occupation in France is the theme and the central character played by an actor who was a real biker made this cycling resistence movie memorable. The film deals with a controversial and difficult subject.
On Tavernier from Senses of Cinema, here. “Unlike most of his contemporaries, Tavernier is very concerned with the morality of representing certain acts or images. A camera does not give you a “safe conduct”, it demands responsibility. A filmmaker, in his view, can never be vigilant enough.”

Young Julie Delpy was in Tavernier’s darkest film “Beatrice” and
Sabine Azema had her greatest role in “Sunday in the Country”, the film I am most fond of out of many Tavernier’s films.

A must read interview of Tavernier here.
(He talks about Melville, Kazan, working with Dirk Bogarde and Dexter Gordon)

More on Dirk Bogarde and Jane Birkin from Tavernier, here. 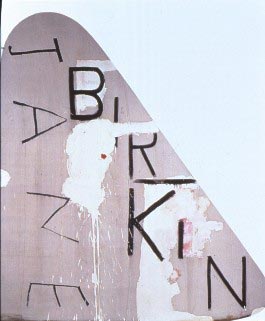 Just a few days ago, I saw a documentary film on Jane Birkin
(Jane Birkin costarred with Dirk Bogarde in Daddy Nostalgia directed by Bertrand Tavernier.)
This Jane is so tatally opposite of Jane Fonda, personality wise, even though they both were sex symbols shaped by powerful French men, and now both politically active. Jane Birkin is comfortable being herself and she seems more of an artist. Jane Birkin is cool and Fonda is hot and troubled. Fonda tries too hard and seems clueless a lot of the time, and yet she transforms her pain into a weapon and charges ahead.

Elswhere….
A touch of strange fantasy from here.
“The Touch of Terrorism or if only Orson Welles could have made a movie of The Patty Hearst Story. John Patterson pitches a Citizen Kane sequel ”

Ismail Merchant has passed away. “Mystic Masseur” a very good film adaptation of V.S. Naipal, was much better than “Le Divorce” The film takes place in Trinida and great Om Poori has a part in a film.