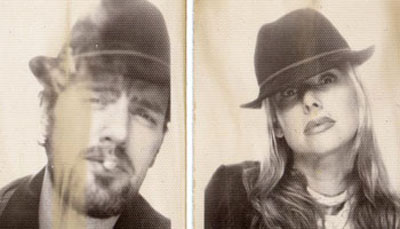 Is this true? The deeply disturbing and shocking news of Theresa Duncan’s suicide report came from Tyler Green this morning.
Theresa and I have exchanged emails in the past and her blog (The Wit of the Staircase) has been parked on my sidebar menu for more than a few years. 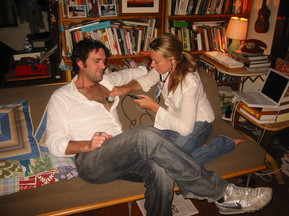 Hearing Jeremy’s heart like this was amazing, like staring through a telescope at a vast and previously undiscovered world. The beats sounded so powerful, and yet so temporary. We are just another damn song….

Theresa had a unique visual sensitivity, and would frequently point out stunning juxtapositions of images. (via)

Did she imagine the harrassment from these individuals?

While this ongoing illegal harassment of Wit using Federal employees (or their “cut-out” counterparts) and Federal funding (your Homeland Security tax dollars at work!) is meant to deprive us of work and our livelihoods and even sanity, the harassment also has a curious sexual focus on Wit that mirrors this J. Edgar Hoover campaign against Black Panther organizer and actress Jean Seberg. From a post by Theresa on May 13,2007

Nothing in the Times would even suggest, naturally, that Theresa Duncan had been, or felt she had been, and testified to having been, testified that she had been harassed and intimidated by a dangerous and very powerful man who was conscienceless. There’s nothing to suggest anything other than the superficial story as delivered in the news available – she left a note, he left a note, they’re gone.
But in loyalty to what she was and did here, in this big after-school hang-out where we knew each other as similar creatures, it needs to be brought forward.
She was funny and cute and harsh and intimidating in a big-city way. Now she’s gone. Two Artists Missing – Dirty Beloved.

Wit Talks Art, War and Religion With Activist Father Frank Morales on May 31, 2007

Wit’s dissolving mind will no doubt invent a library, or a scenteur’s organ–the vast collection of reference scents used in the perfumer’s craft, arranged upward in tiers like an orchestra.

When Theresa Duncan, 40, took her own life on July 10, followed a week later by her boyfriend, Jeremy Blake, 35, their friends were stunned and the press was fascinated: what had destroyed this glamorous couple, stars of New York’s multi-media art world, still madly in love after 12 years?

We are for the dark (Jeremy Blake)