Deprecated: Return type of HM\BackUpWordPress\CleanUpIterator::accept() should either be compatible with FilterIterator::accept(): bool, or the #[\ReturnTypeWillChange] attribute should be used to temporarily suppress the notice in /home/mutanteg/public_html/vitro-nasu/wp-content/plugins/backupwordpress/classes/class-path.php on line 456
 Dokoupil and Jetelova – Vitro Nasu
Previous
Next 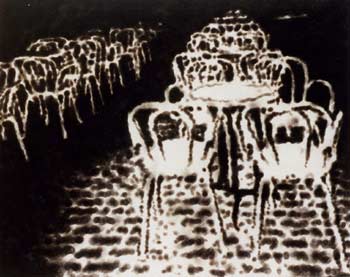 More images from this series here. 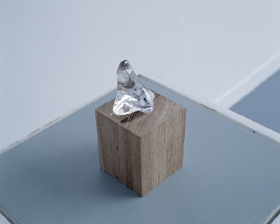 This nose is named after a famous french philosopher. (His photo here with his distinct nose.)
Check the title here.

“Red Buddha” here. I thought his “Yellow Jesus” was funny, which was part of his retrospective at Rudolfinum museum Prague around 1996. Here is Christus Golden but it is different from the one I saw.

12 Hooks (Large and humorous, and not from the Minneapolis airport bathroom)

He has two more chairs – blue and brown (sculptures) in this page (Scroll down, his name is Jiri Georg Dokoupil) 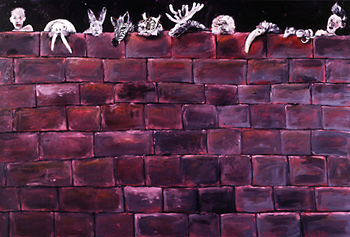 Wall Animals and self portrait

Jiri Georg Dokoupil and Magdalena Jetelova are two wonderful Czech artists who rose to prominence in the 80’s. They are part of the group of emerging European artists (i.e. Sigmar Polke, Immendorff etc.) and not usually known as Czech. If you do research for famous Czech artists you will not find their names in the list. They are more famous in Germany and New York than in their own country. 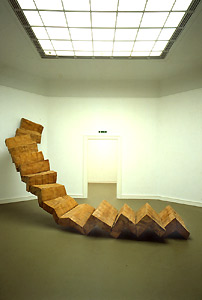