Deprecated: Return type of HM\BackUpWordPress\CleanUpIterator::accept() should either be compatible with FilterIterator::accept(): bool, or the #[\ReturnTypeWillChange] attribute should be used to temporarily suppress the notice in /home/mutanteg/public_html/vitro-nasu/wp-content/plugins/backupwordpress/classes/class-path.php on line 456
 Kenji Miyazawa – A Poet, Educator & An Agronomist – Vitro Nasu
Previous
Next

Kenji Miyazawa cultivated a life as a thinker, a practicing buddhist, a geologist/agronomist, and idealsitic educator and reformer.

From Who is Kenji? 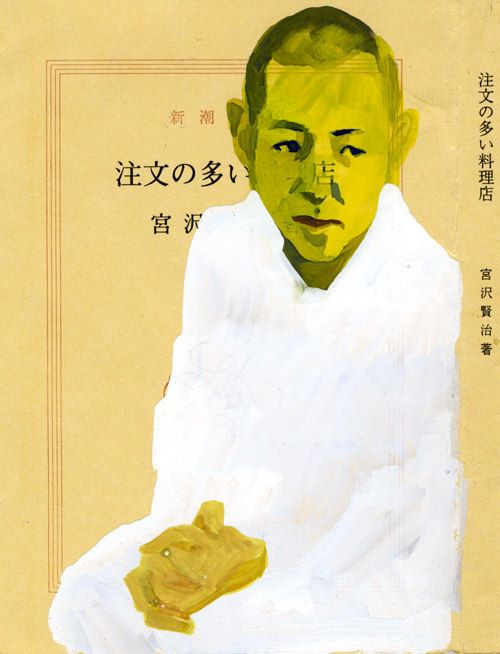 In the introduction to his collection of short stories, The Restaurant of Many Orders, he set himself up as an experimental medium for the chaotic processes of natural phenomena. Kenji Miyazawa was born on Aug 27, 1896. Today he is known mostly for writing children’s stories.
He saw himself as a simple vehicle for reprocessing nature itself. “These stories of mine,” he wrote in 1923, “all came to me from moonlight and rainbows, at places like railroad tracks and fields and forests.”
Kenji Miyazawa, Rebel with a Cause (collection of essays)

He was 37 when he died. (wiki)
Almost totally unknown as a poet in his lifetime, Miyazawa’s work gained its reputation posthumously,[2] and enjoyed a boom by the mid-1990s on his centenary.[3] A museum dedicated to his life and works was opened in 1982 in his hometown. Many of his children’s stories have been adapted as anime, most notably Night on the Galactic Railroad. Many of his tanka and free verse poetry, translated into many languages, are still popular today.

The World of Kenji Miyazaki