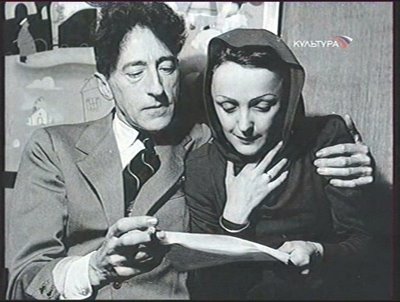 Edith Piaf and Jean Cocteau died on the same day. Cocteau, chivalrous at the last, obeyed the rule of ladies first. “Ah, la Piaf est morte,” he said on the morning of October 11 1963. “Je peux mourir aussi.” [Ah, Piaf’s dead. I can die too.”] And then he promptly died of a heart attack. Or so legend has it.
It was Piaf’s funeral not Cocteau’s that brought Paris to gridlock.

Not from bad real estate foto 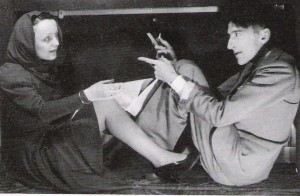 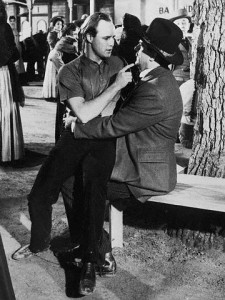 10 Mar 1961, Hollywood, Los Angeles, California, USA — “Climb upon my knee, sonny boy” might be actor Karl Malden’s theme song as he holds actor-director Marlon Brando on his lap. Brando, always the realist as actor or director, was showing Malden how he wanted him to play a love scene in