The Nutmeg’s Curse; Parables for a Planet in Crisis, Amitav Ghosh, 2021 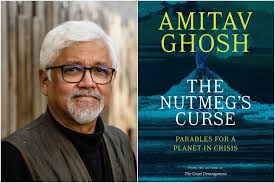 Out of these processes of subduing and muting was born the idea of “nature” as an inert entity,a conception that would in time become a basic tenet of what might be called “official modernity”. This metaphysic, fundamentally an ideology of conquest, would eventually become hegemonic in the West, and it it now shared by the entire global elite: within its parameters the idea that a volcano can produce meaning; or that a nutmeg can be a protagonist in history, can never be anything other than a delusion or a “primitive superstition”. To envision the world in this way was a crucial step toward making an inert Nature a reality. As Ben Ehrenreich observes; “Only once we imagined the world as dead could we dedicate ourselves to making it so.” 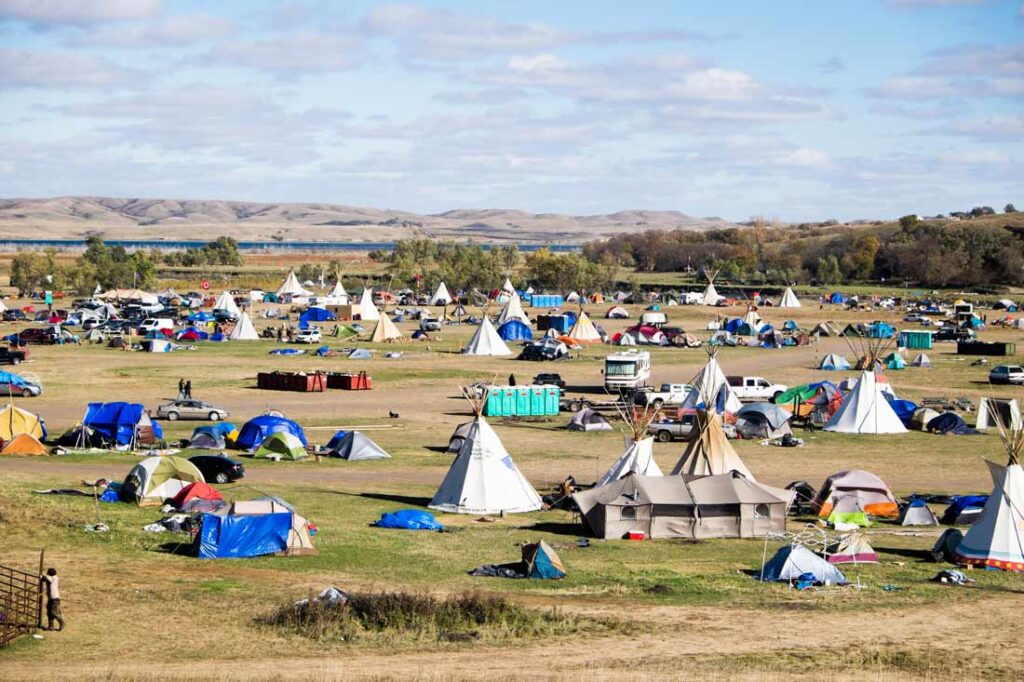 Now, as humanity faces the possibility of a future in which living will indeed have turned into a battle for survival, it is becoming increasingly clear that Indigenous understandings of terraforming were, in fact, far more sophisticated than those of today’s techno-futurists.

Exhaustion is a metaphor that occurs often in science fiction stories about terraforming. Swarms of aliens go off to conquer another planet because their own is “exhausted”. It is the same presumption that impels billionaires to plan the conquest of Mars, now that the Earth is “exhausted”…what the Earth is really exhausted of is not its resources, what it has lost is meaning.

He (Tennyson) sees the ascent of his “crowning race” as coming about by the severing of every kind of earthly tie, through the overcoming of everything that links humanity to other creatures and animals. He even proposes what we might call an “end of history” or an “end of the world”…This is man’s final ascent, when all creation ends and he is united with God. 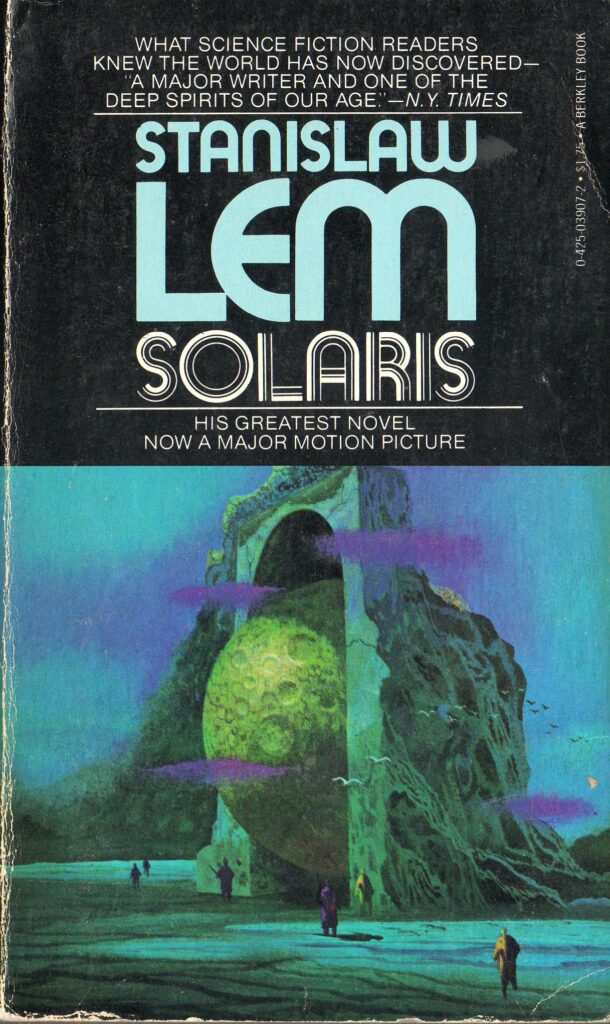 As we watch the environmental and biological disasters that are now unfolding across the Earth, it is becoming ever harder to hold onto the belief that the planet is an inert body that exists merely to provide humans with resources. Instead, the Earth’s responses are increasingly reminiscent of the imaginary planet after which the Polish science fiction writer Stanislaw Lem named his brilliant novel, Solaris: when provoked by humans, Solaris begins to strike back in utterly unexpected and uncanny ways. 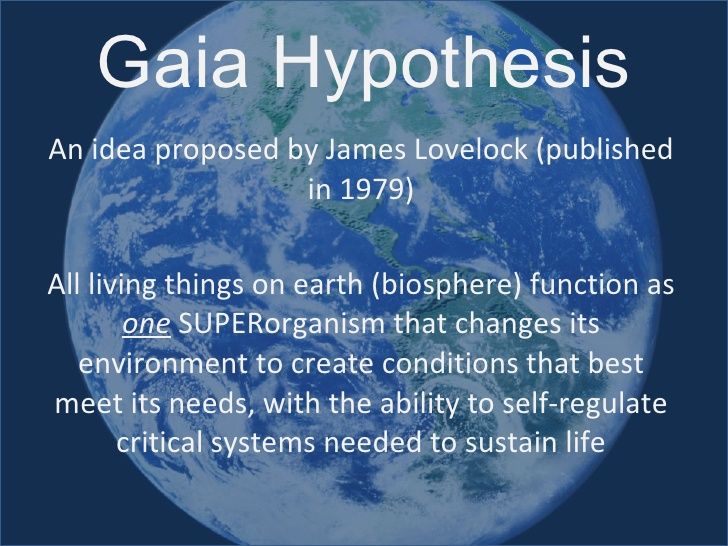 James Lovelock; “Long ago the Greeks…gave to the Earth the name Gaia or, for short, Ge. In those days science and technology were one and science although less precise, had soul. As time passed this warm relationship faded and was replaced by the frigidity of schoolmen. The life sciences, no longer concerned with life, fell to classifying dead things and even to vivisection…Now at least there are signs of a change. Science becomes holistic again and rediscovers soul, and theology, moved by ecumenical forces, begins to realize that Gaia is not to be subdivided for academic convenience and that Ge is much more than a prefix.”

Other-than-human beings, forces, and entities, both manmade and earthly, could be pursuing their own ends, of which humans know nothing. Gaia, at once bountiful and monstrous, has now assumed a new avatar: Solaris.

It is this compressed time frame (the last 30 years) that has made sure that non humans too are no longer as mute as they once were. Other beings and forces–bacteria, viruses, glaciers, forests, the jet stream– have also unmuted themselves and are now thrusting themselves so urgently on our attention that they can no longer be ignored or treated as elements of an inert Earth.

So the true question then is not whether non humans can communicate and make meaning; rather we must ask: When and how did a small group of humans come to believe that other beings, including the majority of their own species, were incapable of articulation and agency? How were they able to establish the idea that non humans are mute, and without minds, as the dominant wisdom of the time?

The reason why coal powered mills began to edge out their water-powered competitors in the early nineteenth-century was not that coal was cheaper or more efficient. Water powered mills were just as productive, and far cheaper to operate than coal-fired mills. It was for social rather than technical reasons that steam-powered machines prevailed: because, for example, coal-mills allowed mill owners to locate their factories in densely crowded cities, where cheap labor was easily available. “The steam engine” writes Malm,”was a superior medium for extracting surplus wealth from the working class, because, unlike the waterwheel, it could be put virtually anywhere”…In short, steam, and thus coal won out over water precisely because it empowered the dominant classes and was better suited to their favored regime of property.

The role that fossil fuels play in war making is another, monstrously vital, aspect of their enmeshment with structures of power and forms of violence…Today the Pentagon is the single largest consumer of energy in the United States–and probably in the world…A single non-nuclear aircraft carrier consumes 5,621 gallons of fuel per hour; in other words, these vessels burn up as much fuel in one day as a small midwestern town might use in a year…In the 1990s the three branches of the US military consumed approximately 25 billion tons of fuel per year. This was more than a fifth of the country’s total consumption, and “more than the total commercial energy consumption of nearly two thirds of the world’s countries.”…Indeed, the predicament of the US Department of Defense is a refraction of the quandary that now confronts the world’s status quo powers: how do you reduce your dependence on the very “resources” on which your geopolitical power is founded?

Viewed from this perspective, climate change is but one aspect of a much broader planetary crisis: it is not the prime, cause of dislocation, but rather a cognate phenomenon. In this sense climate change, mass dislocations, pollution, environmental degradation, political breakdown, and the Covid-19 pandemic are all cognate effects of the ever increasing acceleration of the last three decades. Not only are all these crises interlinked–they are all deeply routed in history, and they are all ultimately driven by the dynamics of global power.

Just as the Lakota, repeatedly displaced by wars and the rising of dammed waters, were herded into ever shrinking reservations, so too are the refugees of today’s geopolitical wars being forced into zones of containment in North Africa, the Sahara, Mexico, Central America, and islands like Nauru. They too are casualties in a conflict that is not recognizable as war, in the sense defined by Western legal theorists. Yet the parallels with the biopolitical wars of the past are perfectly clear to many indigenous peoples–thus the title of Nick Este’s powerful account of the environmental struggles of the Lakota and their kin Our History is the Future.

Since the adoption in 1989 of the Washington Consensus, the ideologies and practices of settler colonialism have been actively promoted, in their neoliberal guise, by the world’s most powerful countries, and have come to be almost universally adopted by national and global elites. It is those settler-colonial practices that are now being implemented by China, in Xinjiang; by Indonesia in Papua; and by India,in Kashmir and in many of its foreign regions.

And surely it is no accident that today there exists a technology of last resort that many believe will ultimately work in favor of the neo-Europes: geo-engineering. As novel as it may seem, geoengineering is nothing other than terraforming carried literally into the stratosphere; it should by rights be called “strato-forming”. Today some of the richest and most powerful people, and institutions, in the West are openly promoting geo-engineering. Their enthusiasm makes it impossible to forget that “from the mid-eighteenth century onward, modern science explicitly supported empire, defining strategies for colonization.”

This is the great burden that now rests upon the writers, artists, filmmakers, and everyone else who is involved in the telling of stories: to us falls the task of imaginatively restoring agency and voice to non humans. As with all the most important artistic endeavors in human history, this is a task that is at once aesthetic and political–and because of the magnitude of the crisis that besets the planet, it is now freighted with the most pressing moral urgency.

Pope Francis; “A true ecological approach always becomes a social approach, it must integrate questions of justice in debates on the environment, so as to hear both the cry of the earth and the cry of the poor.”