You were simply amazing! 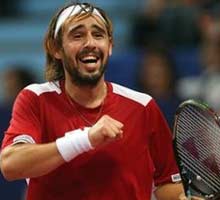 A little miracle and joy spread to the world with the appearance of a young Tennis player from Cyprus. 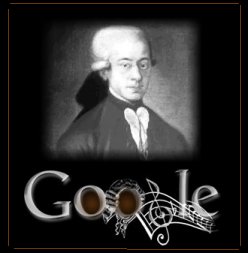 Birthday (250 years old) of Mozart googled and rearranged for your eyes and not for wrapping chocolates in order that Tom Hanks could say the words some of us detest.

Quiz: Can you tell Mozart from Salieri? Listen here.

Skull mystery and his diary

“Author Mario Livio has studied the relationship between art and mathematics. He tells Michele Norris most of us are attracted to symmetry spiced by some elements of surprise… and that combo is the essence of Mozart’s music.” (from NPR)

Glenn Gould playing Mozart? Found one article on this subject and samples to listen here.
“It is precisely Gould’s wrong-headedness that makes his Mozart so interesting; that, and a keyboard technique that was the envy of six continents. Gould’s avowed dislike of Mozart’s music is impossible to fathom in view of the obvious intelligence and hard work that went into these performances.”

(I think G. G was jealous and competitive with Mozart.)

Mozart had Sun Aquarius Moon in Sagittarius (same as Yoko Ono)
“you have the qualities of an uncompromising intellectual; honesty, strong opinions, and a broad viewpoint on world affairs. … are impulsively quick to act on … ideas, advanced and revolutionary as they may sometimes be. … believe in getting things done, and done in shortest possible time, employing the most innovative methods … can devise.” from here.
His chart

Mozart and films and the best of all was by Ingmar Bergman’s The Magic Flute.