Memoires of a Geisha is banned in China.
Illegal copies of the film are already available in China, one of the main sources of imported pirate film DVDs in the UK. (BBC) 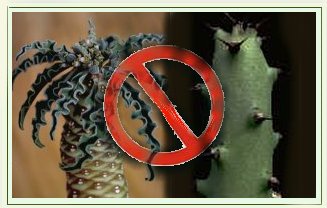 (See previous post on my obssession with these cacti. You can change them into cacti gay cowboys, if you prefer Ang Lee’s film. Brokeback Mountain is banned also in China).

The producer and director (Spieldberg and Marshall) had missed the golden opportunity to create something fresh with Chinese actresses. They have to play themselves and this should be a mock documentary about why they have to play Japanese Geisha and it is about the Hollywood hubris. (Why insult two asian economic powers Japan and China?) Think “Topsy Turvey” by Mike Leigh or “Singing in the Rain” a musical which is also a spoof about the entertainment world.
Tristram Shandy follows that strategy of adapting the unfilmable.

When Steven Spieldberg had dinner with Kurosawa, Steven was delighted that they talked for 10 hours straight and it was all about film tricks and techniques. (via) Did Steven think Kurosawa wanted to talk about Shakespeare, Van Gogh or Gogol with him?
Or when Rob Marshall said that Anthony Quinn had played Zorba the Greek in order to defend his position in hiring Chinese mega stars instead of Japanese, well sorry Rob, you are not Michael Cacoyannis.
(Decades ago in Seattle I saw Iphigenia and the tear duct got loose and shed tears of Olympian proportion from beginning to end. It could be the result of depression from living under wet weather all year round.)

Finished watching all ten films of “Decalog” by Krzysztof Kieslowski and thanks to the local library where we got this film. We were able to watch each segment of TV drama one day at a time.

Here is a partial list of foreign films we rented from our library in the past many months. (There were so many that is hard to remember all. The list will get updated later) They were all excellent.

“The film isn’t about enormous brutality, but only meanness. It is exactly like what has happened to the Czechs. They defended their rights, and now, slowly, they are being submitted to a tactic of brutalization that wears them down. Shame is not about the bombs; it is about the gradual infiltration of fear…but Shame is not precise enough. My original idea was to show only a single day before the war had broken out. But then I wrote things, and it all went wrong—I don’t know why. I haven’t seen Shame recently, and I’m a little afraid to do so. When you make such a picture, you have to be very hard on yourself. It’s a moral question.”
— Ingmar Bergman, interview with Charles Thomas Samuels, 1971

Time Out by Laurent Cantet

Both “Fear and Trembling” and “Time Out’ deal with alienation and hellish nightmare that engulfs the workers in the corporate culture.