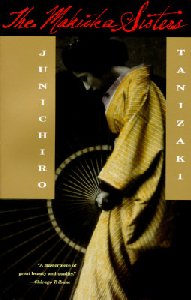 Edward G. Seidensticker, the renowned translator of Japanese literature , including Tales of Genji, Snow Country, Makioka Sisters and many more, has passed away on Sunday.

Seidensticker’s experiences in Japan span over fifty years. He was a newly graduated English major from the University of Colorado at Boulder when World War II broke out. In June 1942, the Navy Japanese Language School moved to Boulder. Seidensticker enrolled immediately, graduating fourteen months later with a burgeoning command of Japanese that – unbeknownst to him – would become the basis of his academic career as a translator of Japanese literature, including Tanizaki, Kawabata, Mishima, Kafu and the arduous “The Tale of Genji.” (via)

Seidensticker’s translation of Kawabata Yasunari’s haunting novel of wasted love has been described as managing to capture the true voice of the author in the novel which was sighted as “outstanding” when Kawabata won the Nobel Prize for Literature.

Here is a photo of Sidensticker receiving Honorary degree from the University of Hawaii.