and congratulations for your Nobel win.

Doris Lessing and Iris Murdoch are my kind of authors. I read quite a bit of Sontag, Duras, Nathalie Sarraute, Simone de Beauvoir. I don’t actually love Sontag or Beauvoir the way I love Iris or Doris. (Compared to Iris and Doris, Susan and Simone were competitive and vain prima donnas.)
Iris is deep and strange and Doris is fearless, independent, grounded, self-aware, and refreshingly anti-bullshit. They both flirted with communism when they were young. Iris was barred from visiting the USA but Doris was granted permission.
I went to her lecture at Berkeley about twenty two years ago, the hall was packed with smart women and a few angry feminists. Doris can scold feminists fascists. Often labeled as “radical feminist”, Doris has been highly critical of feminism in general, chiding them for attacking men needlessly. She felt many of them lack self-criticism.

There are many feminists who work in the media, and they think that feminism is very important. It is in their own lives, but mostly feminism has had an impact among privileged women in the advanced Western countries. For the most part, it hasn’t begun to touch the lives of poor and working women in the Third World, and that distresses me.

Doris still does her own grocery shopping. The world saw the Nobel prize winner ambushed by the media and a large artichoke (see youtube) her diabetic son was carrying danced around her.
( If Doris is a vegetable she would most likely be an artichoke. Peeling away the layers of leaves to get to the core of the heart.)

She was once asked to become a dame of the British empire, but was reported to have said to have turned it down because it was “a bit pantomimey“. Did she really say that? “Yes, I did,” she says, rocking back on a sofa so low we are almost squatting on the floor. “Well, first of all there is no British empire, no one seems to notice this. Then they said would I like to be a companion. A companion to whom or of what? Honestly.” 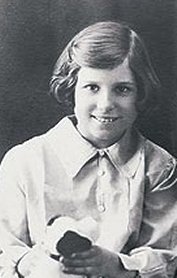 Born in Persia, raised in Rhodesia, Doris Lessing is self-taught. She worked as a nursemaid and literature saved her from becoming another one like the murderous Papin sisters. She became a communist because communists were the only people who read back in her days in Africa. Her falling out with communism is well documented in her autobiographical novel “The Golden Notebook”.

Joyful blessings from her colleagues, here are some.

“She is one of the very few novelists who has refused to believe that the world is too complicated to understand,” Margaret Drabble has said.

Soon after the news of prize award spread around the world. The best, she says with unconcealed glee, was a call from her hero Gabriel Garcia Marquez. (From “I have an impressive list” Guardian.)

Lessing’s scary genius lies in her ability to bring her readers face-to-face with an unadorned reflection of some of our more depressing, but all too human, features. At the same time, her realism has always coexisted with a tendency toward mysticism. (Salon)

Doris Lessing as Jane Somers (Something Doris could not help it, playing pranks at the expense of the publishing industry.)

“Looks to me like the Fifth Child made it to the White House…” a comment from here.

Doris says, Sufism is something you experience on your own. It’s the same for Buddhism. You can’t read a book and receive enlightenment. (John Raskin interviews Lessing at the Progressive)

LESSING: “Think about that: If there was no World War I, there would be no Russian revolution, no Hitler, no Mussolini, no Holocaust.”