John Berger collaborated with Swiss filmmaker Alain Tanner who made inspiring films in the 70’s – (Tanner’s Messidor was remade as Thelma and Louise in Hollywood).

Revisionsing Europe the films of John Berger and Alain Tanner

is among the few existing English-language discussions of the films made by British novelist John Berger and Swiss film director Alain Tanner. It brings to light a political cinema that was unsentimental about the possibilities of revolutionary struggle and unsparing in its critique of the European left, and at the same time optimistic about the ability of radicalism and radical art to transform the world 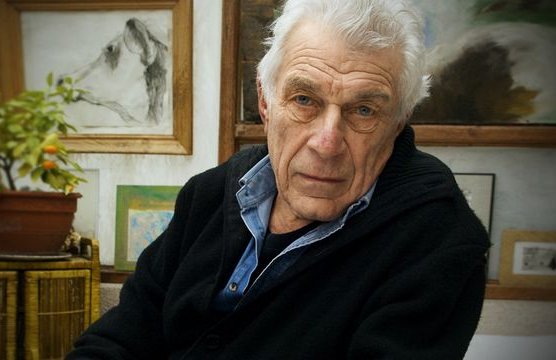 When did Palestine become central to your writing?
I’ve only been actively concerned with Palestine as a writer for about seven years. But the crisis, the injustice, the suffering of the Palestinians, have coexisted alongside my whole life as a writer. The length of this injustice, the lack of recognition of it by the rest of the world, while Israel pursues its own logic, totally regardless of the views of the external world – all this I was not conscious of then, but I am now. I look back on the young man I was in Paris in 1948, with Jewish friends who were thinking of going to Israel. They all wore strident blue shirts, and they gave me one, and I wore it with pride. We had an idea of what a kibbutz was to be – an ideal of a co-operative, with a healthy link to the land, a collectivity, a questioning of individuality, all of which appealed to me.

Across the planet we are living in a prison.” John Berger

Happy birthday Tilda Swinton! (Her new film.. We Need to Talk about Kevin?)

Vivien Leigh dances Charleston she too was born on Nov 5.
Three birthday celebrations from UK.