I Am A Verb 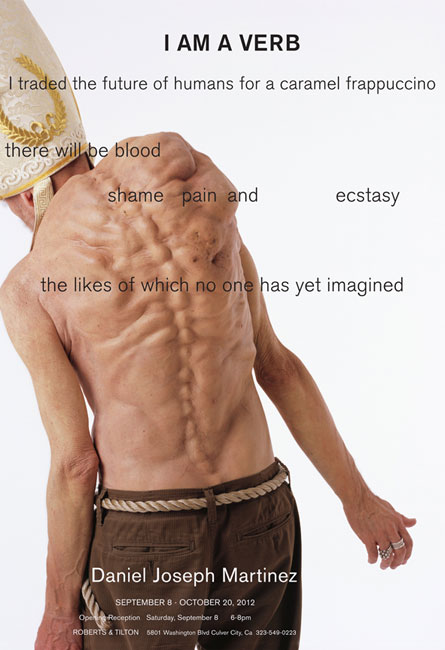 “Martinez derives meaning from the living world in much the same manner, codifying the often disquieting visual lexicon by which we map out our lives, often turning those culturally determined roadmaps completely upside down. Rather than ascribe meaning to an image or idea, Martinez utilizes the physical body as its own sociological testing ground, at once mutated, mutilated and broken. However, these mutations are not harbingers of a darker more sinister future, but visual amplifications of human responsibility in understanding what might be possible once we move beyond our own biology. The social future possesses its own viable “body” that transcends its physicality just as Martinez’ photographs of hunchbacks propose a strange asymmetry and ultimately transform beyond the “monstrous” pushing deeper still into the social fabric of everyday modern culture.”
via Robert and Tilton 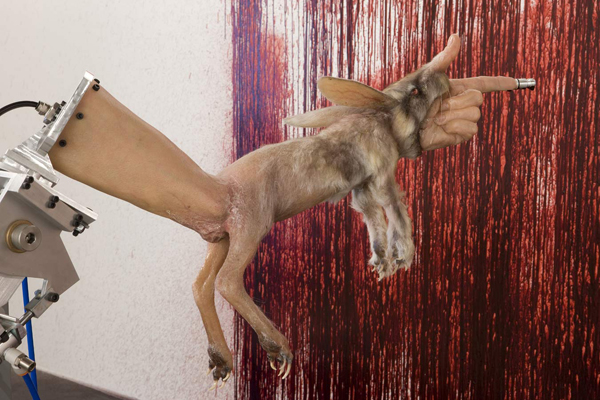 Daniel Joseph Martinez
Its just a little headache, its just a little bruise redemption of the flesh. The politics of the future as urgent as the blue sky, 2008
Prosthetics, taxidermy, metal, plastic, corn syrup, food coloring, mechanical apparatus 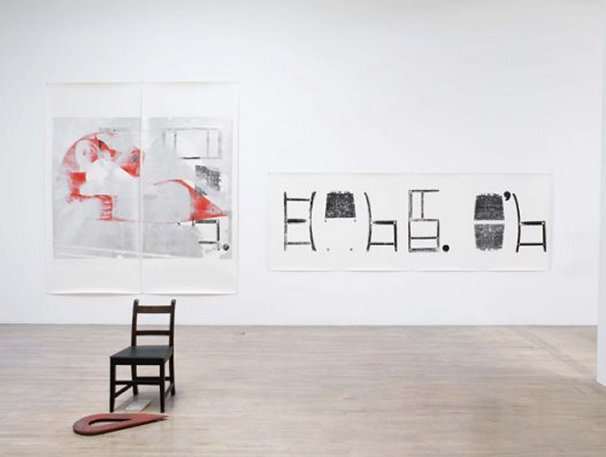 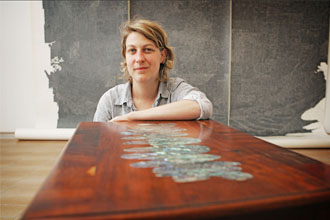