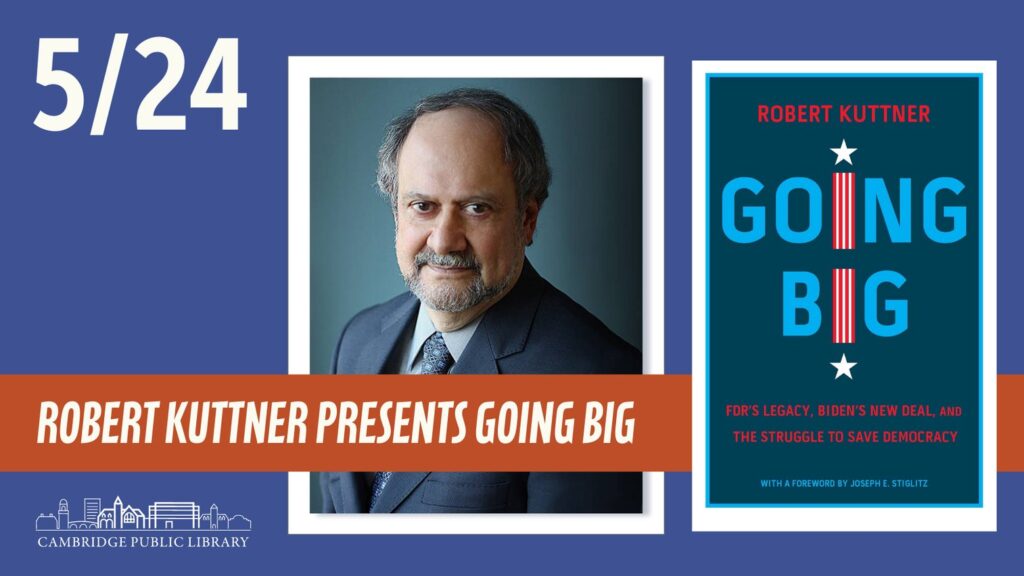 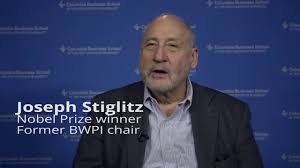 The (Great) Depression should have taught us that markets are not stable and efficient–high levels of unemployment could persist for a very long time. We should not have to have had the Great Recession (2008) to relearn the lesson…We should not have had to watch the anemic recovery from the Great Recession, the result of too little fiscal policy and too much reliance on monetary policy, to have relearned that lesson.

The simplistic neoliberal ideology, which triumphed in both parties…held that downsizing government, including deregulation, privatization, and outsourcing government activities to the private sector, would lead to greater prosperity, (and)…all would benefit. Some half century later, we should declare this neoliberal experiment has been a failure, with lower growth and the benefits of that limited growth going overwhelmingly to those at the top.

Jimmy Carter, Bill Clinton, and Barack Obama each embraced neoliberal ideology to devastating effect. Biden is the first president since 1984, including Republicans that has not appointed Robert Rubin (of Goldman Sachs and Citigroup) or a protege of Rubin, like Larry Summers, to the inner circle of power.

Bill Clinton and Barack Obama took the Democratic Party deeper into the neoliberal wilderness, obsessing about budget balance, making alliances with Wall Street, and driving working-class voters into the arms of the Tea Parties and then Trump.

Stunningly, Biden jettisoned the entire set of neoliberal orthodoxies that had hobbled Democratic presidents since Jimmy Carter. Gone was the idea that deficits necessarily caused high interest rates and inflation. Gone was any illusion that we needed tax breaks for the rich in order to promote private investment. Public investment was needed at a large scale precisely because private investment had failed to serve the real economy and had enriched mainly manipulators, traders, and monopolists…It fell to Biden and his economic team to revise the globalist ideology in favor of coherent policies to rebuild American leadership in industry, technology, and supply chains, sacrificing free trade norms where necessary.

There is immense latent public support for the use of activist government to better the situation of ordinary people. Foreign policy adventures, such as Vietnam, Iraq, and Afghanistan, can serve as distractions from domestics issues that play to Democratic strength, and can wreck the unity of the coalition needed to pursue domestic progressivism. So, obviously, can racism and continuing legacy of slavery and segregation. But the big challenge is political economy.

Biden needs to go beyond what even FDR achieved in containing a corrupted capitalist system, because that system today is the wellspring of so much policy failure, and so much political and economic inequality, as well as the corruption of too many Democratic leaders, all of which kindles support for Trumpism.

In the standard Roosevelt narrative, FDR restores hope. And he then goes about restoring the economy, using powers of government to put people back to work, and devising new public entities to accomplish what the private sector had bungled. He increases the prestige of the public sector and public solutions. He uses public deficits to restore purchasing power. He virtually invents a national system of social insurance with the Social Security Act. He puts government on the side of worker’s right to organize with the Wagner Act, and then regulates wages and hours directly with the 1938 Fair Labor Standards Act.

Ordinarily, the Treasury Department is the home of the most conservative officials of an administration. Democratic presidents, seeking to reassure financial markets typically place Wall Street veterans at the Treasury. This was the practice of Johnson, Carter, Clinton, and Obama. But the Roosevelt Treasury was the home of radicals. The most radical was Harry Dexter White, the top U.S. government architect of the postwar global financial system. White was a close collaborator of the the chairman of Bretton Woods conference, John Maynard Keynes.

The Democratic defensive unease on national security policy combined with the unfinished business of racial justice to destroy Johnson’s presidency. The Vietnam debacle also shattered the New Deal coalition and the hopes of progressive Democrats for half a century.

As the Obama administration and the Fed did the bidding of the biggest banks, (Elizabeth) Warren and the oversight panel would become one of two sources of loyal opposition, calling for a far more radical, Rooseveltian approach. The other was the FDIC, which was the last regulatory hawk in laissez-faire Washington, because its trust fund had to be tapped to pay depositors when an insured bank failed. The chair of the FDIC was a tough and savvy regulator named Sheila Bair…The financial collapse should have set up Obama to orchestrate a resurrection the the New Deal–the containment of the toxic tendencies of private finance, the expansion of government to do what markets could not, and the use of the crisis as an object lesson…Most of what he did propped up the banking system rather than cleaning it out or seriously re-regulating finance. Obama’s obsession with deficit reduction made the recovery far too slow.

The serial forms of deregulation that finally crashed the economy in September 2008 had been building and accumulating for several decades. Three earlier crashes, harbinger of the general collapse of 2008, had been contained because the degree of leverage, opacity, conflicts of interest, deregulation, non-supervision, and above all interpenetration had not quit reached the level of the early 2000s. But each was a clear warning that went unheeded.

The 1990s S&L collapse saw the conviction of more than a thousand executives. The Crash of hedge fund Long Term Capital Management in 1998 led to no reforms. The dot-com and energy crash of 2000 also led to no reform.

Kuttner spends some time on the explosion of private equity and the toxic effect on nursing homes, newspapers creating “news desserts” throughout the country, and retail.

Kuttner also talks about the the collateralized loan obligation CLO that have replaced the discredited CDO behind the 2008 crash The US market for CLOs excedes $850 billion in 2022.

If the New Deal proposition is that government can be effective in solving problems and helping ordinary people, climate change makes that harder to pull off, because worsened climate events are baked in for years to come. Even if Biden does everything right, the everyday experience of extreme climate events will intensify.

Kuttner concludes with a discussion of the importance of the upcoming 2022 midterm elections. Only three Presidents over the last 100 years have seen their party increase its control of both houses of congress in the midterm elections; Roosevelt in 1934 because of the popularity of his programs; Clinton in 1998 because the Republicans overreached in trying to impeach him; and George W. Bush in 2002 because of the shock of the 9/11 attacks. Can Bidden become the fourth in 2022?