France has been in riot for over 10 days and ten years ago there was a powerful film that won the Cesar award called Hate (La Haine) depicting the impossible tension of class and racial divide that grip Parisian outskirts. (This film rated 100% at Rotten Tomatoes.)

Since the late 1970s a `new problem’ emerged in French political debates: the problem of les banlieues (the suburbs). Since then les banlieues have become, in popular opinion, in the media and amongst France’s political élites, a stigmatized space of social fragmentation, racial conflict, (sub)urban decay, criminality and violence (Matthew Kassovites)

Today Doug Ireland gives us the run down in his blog.
Is France Burning? 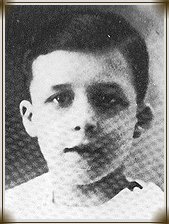 “…The lovely warmth that reigned over my childhood freed me from all resentment. I lived on almost nothing, but also in a kind of rapture. I felt infinite strengths within me: all I had to do was find a way: in Africa, the sun and the sea cost nothing. The obstacle lay rather in prejudices or stupidity.” (Lyrical – from Essential writings of Albert Camus.)

“The Myth of Sysphus” by Albert Camus.

A curious site with cartoon illustration in French about Albert Camus (just look at the pictures if you don’t read French).

Camus was a Scorpio Ox, another Bemused Behemoth, like Tilda Swinton and Vivien Leigh.